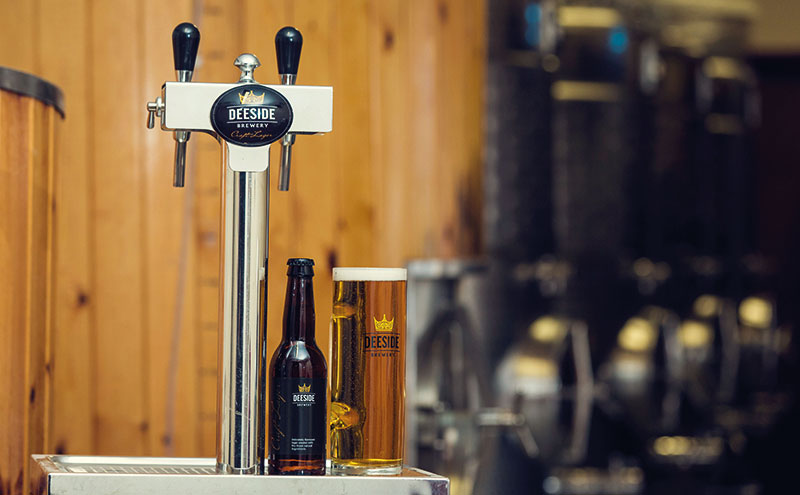 BANCHORY-based Deeside Brewery has struck a deal with the Co-op to supply three of its ales to up to 40 of the retailer’s stores across Scotland.

Deeside’s three signature brews are already stocked in supermarkets Asda, Sainsbury’s and Tesco. The latest deal will see the craft brewery initially supply three and a half thousand bottles of its Deeside Craft Lager, LAF, and Macbeth beers to Co-op stores.

Stephen Crossland, managing director of Deeside Brewery, said: “Securing this deal with the Co-op is fantastic for the brewery. We’re keen to increase our presence within the growing craft beer drinker community.

“We’re passionate about our quality products – each of which is hand crafted on site – and we’re confident that our signature brews will be well received.”

Earlier in the year, the brewery was shortlisted in the Product Development Team of the Year and Best Pale Ale categories at the Scottish Beer Awards.