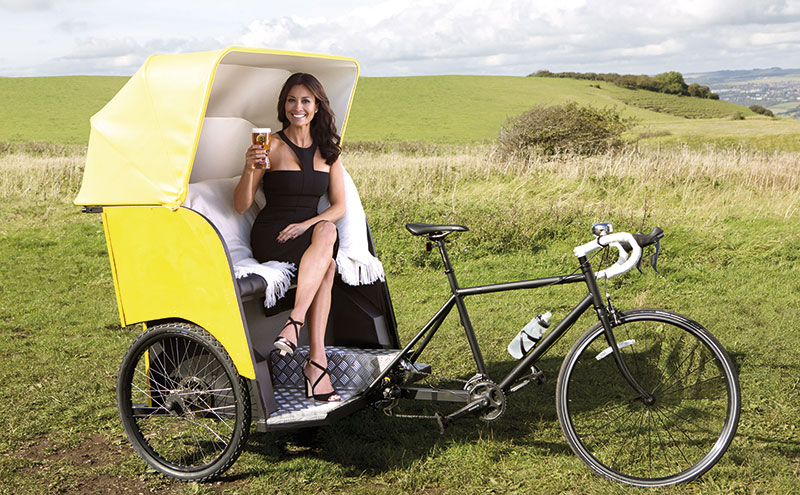 TV and radio presenter, Melanie Sykes, has returned to promote Boddingtons Bitter, 20 years after she originally starred in an advertising campaign for the brand.

Sykes first came into the public eye as the face of Boddingtons adverts in the mid-1990s and later made her name as a broadcaster.

The new digital campaign, which also sees the return of the original ad’s director, Danny Kleinman, aims to channel the same sense of nostalgia and parody that the initial advert did.

Entitled ‘Tour De Formby’, the campaign parodies modern sports adverts. Featuring shots of cycling lycra, flexing muscles and a motivational voiceover, the ad leads the viewer to believe that they are watching a top cyclist, only to realise that it’s a middle-aged man on a Tuk Tuk trying to get Sykes to the pub for last orders.

“We wanted to create something that captures the old magic each team member naturally brings with the cheeky humour that Boddingtons is known and loved for.”