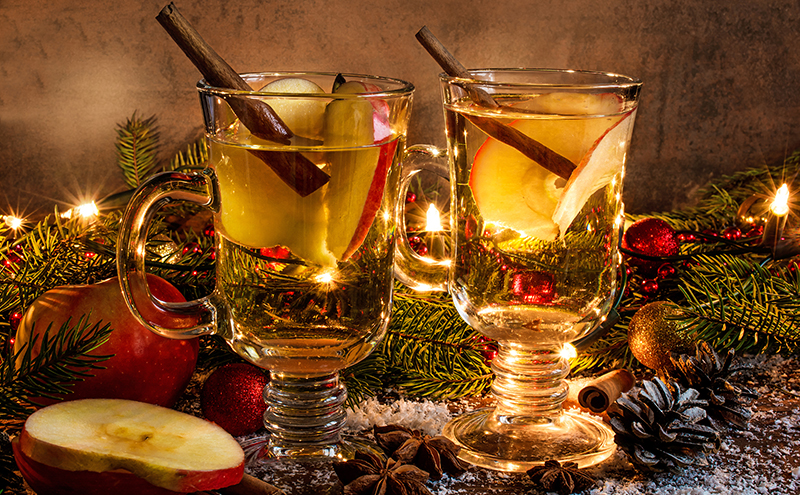 WITH darker nights creeping in and temperatures dropping, one could be excused for thinking that cider, traditionally associated with sunlit beer gardens, has had its time in the on-trade for another year.

Yet cider sales are increasing year on year in Scotland’s pubs and bars, with figures provided to SLTN by CGA earlier in the year showing a significant £5 million rise between 2016 and this year.

And experts insist that cider can play a major role in sales right through the latter part of the year, with winter variants and premium products sought out by a growing number of customers.

While there is evidence that packaged fruit ciders continue to see sales growing every year, draught cider continues to account for the vast majority of cider sales in the on-trade every year, meaning it’s a drink that cannot be ignored by licensees.

Managing director and fourth generation cider maker at Thatchers cider, Martin Thatcher, said: “Draught cider is the driving force behind the cider market’s excellent performance in the on-trade, accounting for 69% of the market.

“Draught cider remains a typically apple cider format with 79.6% of sales coming from this sector.”

As operators begin to plan for Christmas, Magners’ brand manager, Janette Murray, has urged them to consider the weighty role that cider can play in their venues throughout the last months of the year.

She said: “Cider is often seen as the drink of the summer, but there is still a place for a refreshing pint of cider across the winter months. It is an alternative for consumers who still want to enjoy some festive fizz.

“Offering cider to consumers as an alternative to Champagne, wine or prosecco as part of festive set-menus and tuning into the cider food pairing trend will allow licensees to stand out and appeal to a wider consumer market.”

Echoing that view, Mark Bentley, on-trade category controller at Molson Coors, spoke of “the key role” cider can play year-round, adding that the wide range of flavours can help bars to keep their drinks offer “interesting and relevant”.

“There are seasonal variants, which can be brought into the range to offer something new and different,” he said.

And with customers increasingly looking for better experiences when spending their cash in the on-trade, particularly during the festive season, Glen Friel, sales and marketing director of Aston Manor Cider, said premium cider brands and festive serves can perform well when the mercury drops.

Seasonal variants can be brought into the range to offer something new and different.

He said: “In the run up to Christmas premium quality cider products perform very well as consumers trade up.

“Scottish operators should offer a choice of premium ciders covering a range of tastes and styles to take advantage of this opportunity.

“When it’s cold outside, offering a mulled cider is a fantastic opportunity for Scottish operators.

“The spices reflect the flavours of the winter season, whilst the warmth of the cider makes it particularly enjoyable in cold weather.”

As the fast moving and innovative category continues to change, with new products regularly being launched into the on-trade, drinks firms reckon the big thing in 2018 will be an upsurge in craft cider, similar to the effect that the craft movement has had on beer over the past few years.

“Taking its cues from the craft beer movement, this segment has already seen significant growth; most specifically in the 330ml can format.

“With this in mind it’s a good idea for operators to devote space behind the bar to a limited range of smaller pack cans and bottles to cater to this growing demand.”

Chris Harrison, founder of Waulkmill Cider, also believes cider is set for its own ‘craft boom’.

“Craft cider sales in Scotland are only going to grow, particularly now that we have a number of authentically Scottish craft brands on the market,” he said.

“By offering craft cider to their customers operators can capitalise on the growing interest in craft production.”

And the growing fruit cider category is likely to make more inroads into the draught format, according to Bentley of Molson Coors. He said draught fruit cider is “an underdeveloped part of the category, and all the consumer trends that we’re seeing suggest that this is likely to be the next key area of growth in the cider category”.