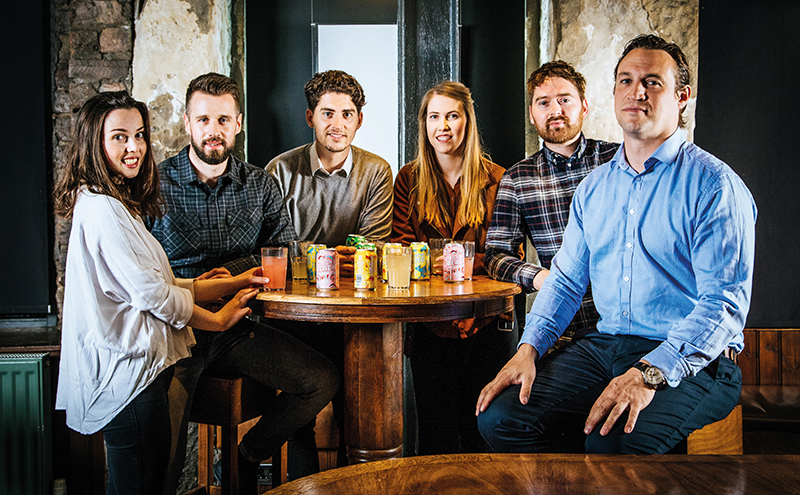 A GLASGOW-based drinks firm is rolling out a range of ready-to-drink Scotch whisky-based cocktails in cans.

The Finnieston Distillery Company launched a four-strong range of canned drinks earlier this summer, each of which features the company’s blended Scotch whisky, which it creates in partnership with Douglas Laing & Co, as a base; the range comprises Finnieston Fling – whisky, ginger ale, lemon, lime and mint; Old Fashioned Green Tea – whisky and natural green tea; Scotch On The Beach – whisky, ginger beer, vanilla and strawberry; and Shanghai Sour – whisky, natural lemon and Lapsang honey.

The drinks are designed to appeal to a broad clientele, according to founder and chief executive James Doig.

“Obviously, there are certain traditions around Scotch whisky drinking – we take the view that people should drink it how they want, not how they’re told to,” he said. “We believe we’ve produced a range which combines the best elements of traditional and contemporary flavours.

“Finnieston has an historic association with Scotch whisky distilling and we’ve taken inspiration from Ebenezer Connal, a 19th century merchant who converted one of his family businesses into a distillery in Finnieston Street and created a Scotch whisky infused with exotic herbs and spices and a taste of heather which really made it stand out from others at that time.”