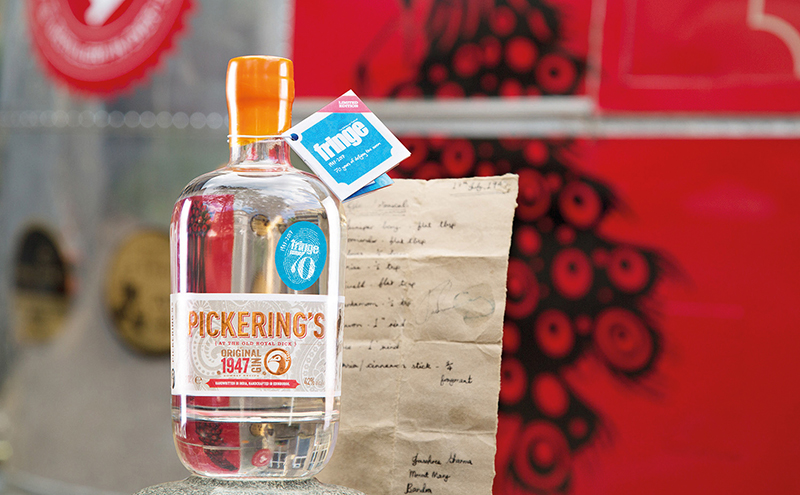 EDINBURGH-based craft gin distiller Pickering’s has launched a limited edition bottling to mark the 70th anniversaries of the gin’s original recipe and the birth of the Fringe concept in the capital.

Pickering’s Original 1947 gin was released last month to recognise the date a distiller is said to have written down a nine-botanical gin recipe at Mount Mary, Bombay; the recipe was given to Pickering’s Gin co-founder Marcus Pickering in 2013 by a friend of his late father. Just 650 bottles of the 1947 gin, featuring Edinburgh Festival Fringe labelling, were released ahead of the Fringe, which gets underway tomorrow (August 4).

Marcus Pickering said: “Being able to celebrate the 70th anniversary of our original recipe gin with the world’s biggest and most successful arts festival is truly humbling. We know how important heritage, dedication and time is when it comes to making good gin and the same could be said when explaining the success of the Edinburgh Festival Fringe.”