After seeing success in the gin market, Fever-Tree is eyeing up whisky 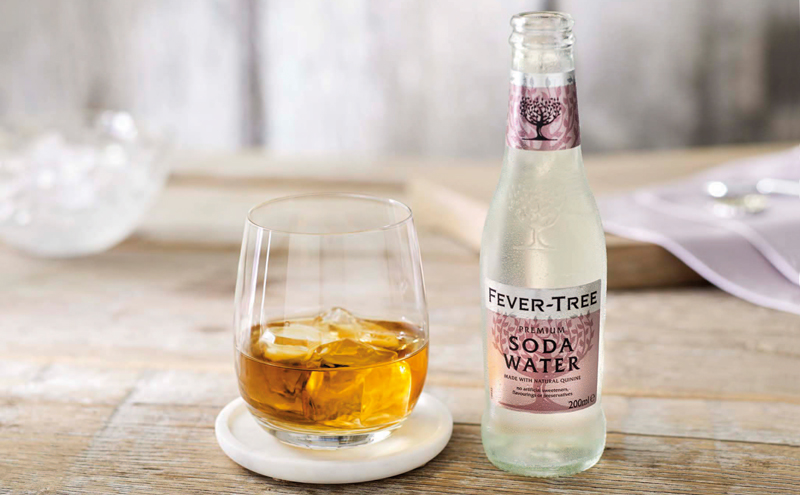 ALOT has changed since Fever-Tree launched its first premium tonic water in 2005.

The current ‘gin boom’, which has seen an explosion in small-batch spirits from Scotland and further afield, was yet to take the on-trade by storm.

And yet the business – founded by entrepreneur Charles Rolls and marketer Tim Warrillow – was able to anticipate a demand for premium mixers, particularly for pairing with gin.

Fast-forward to the present day and Fever-Tree is listed on the London Stock Exchange with a market value of £1.9 billion.

If a premium tonic water was a gamble in 2005, it appears to have paid off.

Having expanded its range of mixers to include a number of different tonics (including Sicilian lemon, elderflower and Mediterranean) as well as varieties of soda water, lemonade, cola, ginger ale and ginger beer, the company is taking aim at the whisky market with two new products: smoky ginger ale and spiced orange ginger ale.

The new mixers were launched at the Imbibe trade show earlier this month.

Speaking to SLTN, Fergus Franks, on-trade marketing manager for Fever-Tree, said the firm is “basically trying to do the same with dark spirits as we’ve done with gin”.

“The category’s huge, the possibility is massive, but people just have that weird stigma with whisky where they associate it with a very stuffy connoisseurship and actually there’s no need for it,” said Franks.

“By mixing it you still get a great taste, so we’ve ensured our flavours are subtle and enhance the whisky so you can still taste the differences, and bring it to life as a long drink, break down the boundaries a bit and recruit a new generation of consumers.”

I think consumers are appreciating the nuances and varieties of different drinks.

Franks claims that the Fever-Tree products have already helped him personally to get to grips with the whisky category, in much the same way that Fever-Tree’s other mixers have helped make gin more accessible to people who weren’t previously fans of the spirit.

He reckons the “early adopters” who were the first to start experimenting with different mixers for gin will be among the first to branch out into other categories if there is a range of mixers to match with them.

“I think bartenders and consumers are appreciating the education around the different drinks, the nuances and the varieties,” he said.

“And they’re ready to take that next step. So you’ve got the early adopters of gin and tonics, who know their gin and tonics very well now, and who are understanding what we’re doing with dark spirits and will probably follow suit.”

If the business adopts similar tactics in the dark spirits markets to those it uses with gin, licensees can expect to see the new mixers promoted with big brands and smaller names.

Fever-Tree’s Aromatic Tonic Water, for example, is promoted alongside Tanqueray and Plymouth gins, while suggested pairings for Fever-Tree’s Mediterranean Tonic include Bombay Sapphire and Portobello Road.

“We’re in an exciting place where we’re working with the small brands and helping to support them, offering advice and serving suggestions, and we’re also working with the big brands, because they understand the importance of quality and now that we are quite mainstream they know we have the distribution to work with them on a successful level,” said Franks.

“So actually we’re in a really nice place, and hopefully it remains like that.”

People have a weird stigma with whisky and actually there’s no need for it.

Likewise, Fever-Tree advises its on-trade customers to stock a mix of gins from larger and smaller producers.

“If we have an account call up in Scotland asking us what gins they should stock, we’d always say to go local,” said Franks.

“So maybe they have their core, recognisable gins like Tanqueray or Bombay, and then pick some craft, local distilleries and support them.

“So then you have something to tell your consumers – that they’re supporting a gin that’s made just up the road, like Rock Rose or Isle of Harris.”

This has also been the approach for any masterclass events hosted by the firm, said Franks.

The company has adopted a strategy of teaming with a distillery local to the particular venue, allowing the distiller to explain the process of creating the spirit while Fever-Tree demonstrates the benefits of pairing the spirit with different mixers.

And Scotland remains a key market for the company moving forward.

“I think Scotland has always been a fundamental [market] for us, because the Scottish market for gin and whisky is just amazing,” said Franks.

“It’s always going to be integral to our success.”