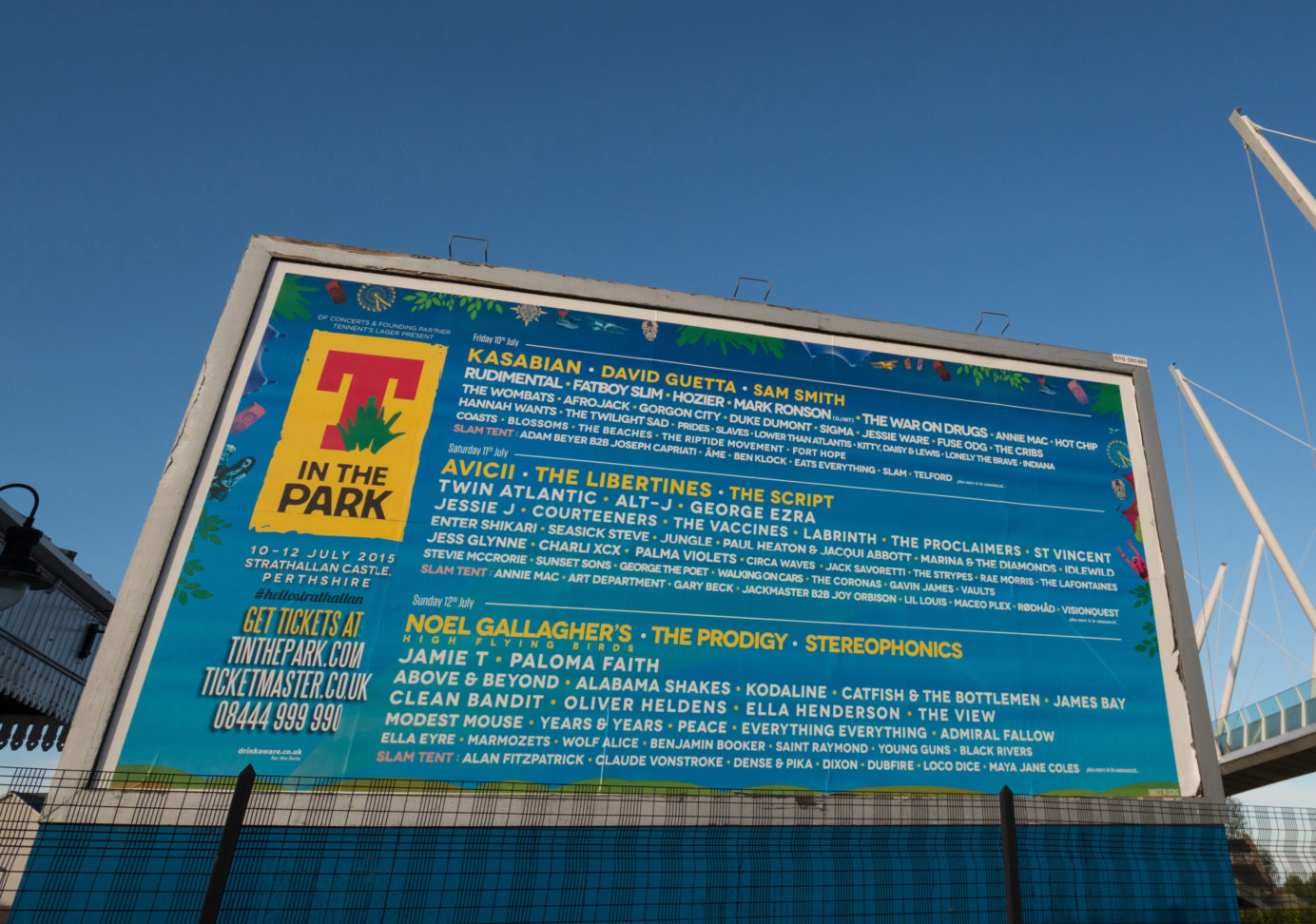 FESTIVAL organisers have announced that T in the Park will not take place next year, marking the event’s first break since its Strathclyde Park debut in 1994.

In a statement, festival organisers DF Concerts and founding partner Tennent’s said the logistical constraints of the event’s new Strathallan site “are simply not workable”.

An application for a three-year public entertainment licence for the festival, heard by Perth and Kinross licensing board in April 2016, was amended to grant organisers a licence for a period of one year on the condition that ticket sales be reduced to 70,000 with “appropriate planning permissions being in place.”

The festival organiser’s statement read: “The last couple of years have had their challenges.
“Against our will, and despite a prolonged fight, we were forced to move from Balado, Kinross in 2015.

“This move was a mammoth task for the event and one that was compounded by a series of onerous site restrictions placed upon us as preparations for the event in 2015 took place.

“As the build up to the festival was well underway we were informed by Scottish Government Ministers that we would have to apply for full Planning Permission due to the presence of an unregistered, but protected in law, osprey’s nest.

“The constraints – logistically and financially – that the resulting planning conditions put upon us are simply not workable.

“We tried our best to work with the pressures placed upon the site by bringing in an additional team and fixing the first year traffic issues, but ultimately we’re not in control of the overall site layout and the continued restrictions means that the negative impact on our fans and the limitations placed on their experience is too great.

“We now need to take stock and take a year out to try to resolve the issues so that we can once again deliver the kind of camping festival you are used to and deserve.”