Next phase of revamp underway at Macdonald Hotels site

WORK is underway on a revamp of Macdonald Hotels’ Aviemore Inn and Academy Hotel – the latest stage in an ongoing refurbishment programme at the group’s Aviemore resort.
The refurbishment of the two properties will bring the total invested in the resort to more than £5 million in the last two years, which included a revamp of the 98-bedroom Aviemore Highlands Hotel.
Details of the Aviemore refurbishments came as Macdonald Hotels confirmed it invested £14 million in capital projects across its estate, including major refurbishments of the Macdonald Holyrood Hotel in Edinburgh, in the year ending March 27, 2014.
The group, which operates more than 45 hotels across the UK and ten resorts throughout the UK and Spain, reported “continued improvement in its trading performance and financial position”.
Group turnover was up 5% to £145.5m in the period while profit before exceptional items was £4.2m, up from £3.3m the previous year.
Gordon Fraser, deputy chairman and group finance director of Macdonald Hotels, said: “We have achieved further sales and profit growth of 5% and 8% respectively in the eight months to November 2014 and I expect this to continue to the year end.
“These results continue to be underpinned by our commitment to enhancing the quality of our service to our customers through investing in our people and continually improving the quality of our product.” 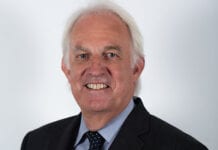 Almost a million hospitality employees will return this month