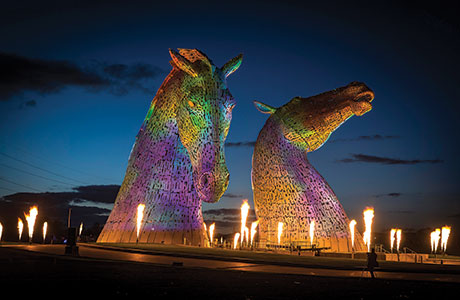 MORE than two million people attended 1049 Homecoming events across Scotland in 2014, VisitScotland has revealed.
The figure takes in events such as Bannockburn Live, Glasgow Film Festival, Perthshire Amber and the East Neuk Festival – all of which are said to have achieved record-breaking attendances.
The diverse range of sell-out events, the tourism agency claims, ensured the focus was on Scotland during 2014.
Over 1000 businesses are said to have benefited, including Strathearn Distillery and Inveralmond Brewery.
Mike Cantlay, chairman of VisitScotland, said: “The Scottish people took Scottish tourism to the next level in 2014, and as we begin to celebrate the Year of Food and Drink in 2015, we must build on all we have achieved and ensure that people keep visiting our beautiful home – Scotland – for years to come.”