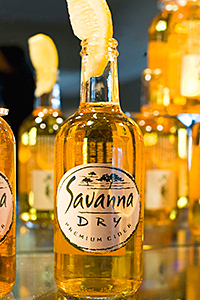 THE company behind South African cider brand Savanna is set to extend a programme of sampling activity in the UK after “greatly exceeding” its original target.

With the campaign, which has included a presence at festivals, sporting events and comedy shows, at the half way stage, more than 7000 cider drinkers are said to have sampled Savanna – a figure the firm said exceeds the target initially set.
It also claims the activity has yielded positive results for the cider, claiming 80% of those who tried Savanna liked the product; recognition of the brand has also hit 60% – said to be the highest “awareness figure” achieved.
Anthony Mills, head of European marketing for Savanna Cider, said the firm is now considering extending the activity.
“Our extensive national campaign has prompted many UK consumers to discover something new and different,” he said.
“The introduction of Savanna in cans has been a huge hit. Wherever we have been in the UK, drinkers have loved it. It is very likely we will add further events later this year so that more people can enjoy the Savanna experience.”