Both sides believe there are deals to be done, writes Alan Gordon

THE banks were the first back onto the dancefloor at the great funding waltz and they have been trying hard to tempt the leisure market to a whirl, with their ‘open for business’ come-hither.

The hotel, pub and hospitality market certainly played hard to get in the recessionary years, but it is now edging back under the glitterball – though both sides are still far from a full, impassioned embrace.
What is making the music beat slightly faster now is that both sides in this commercially important flirtation believe there are deals to be done.
From the banks’ point of view, what they are offering is very safe – low risk with low loan to value ratios and thorough diligence on debt serviceability. It might not be an exciting dance, but it’s back to good, old-fashioned banking.
The reason for continued reluctance on the part of their partners is that a private, independent buyer in the leisure property market is now going to have to cough up between 35% and 40% of the price. The banks will offer 60% to 65% at best.
On top of that, the entrepreneur will have to fund all of the professional fees associated with the acquisition, which are not insignificant, and almost certainly capital investment, as well as branding, IT and set-up costs.
Faced with initial costs of up to 50%, buyers might struggle to complete a deal – but it might be do-able if the price was lower.
So the current situation is a depressing force on prices, and few willing sellers will accept that.
This brings us back to unwilling sellers, under compulsion from banks or others, who will have to accept a lower price – so the market still has a distressed nature about it, as has been the case for the last several years.
However, that supply of repossession and compelled sale stock is being absorbed now and a point will come when the demand is still there – and the buyers coming back onto the dancefloor create a new equilibrium, where supply and demand fall back into line.
Simple economics dictate that, at that point, prices will start to force up again.
When will it happen?
I do not think we will see value growth in the leisure and hospitality sector this year.
But there are some encouraging indicators. 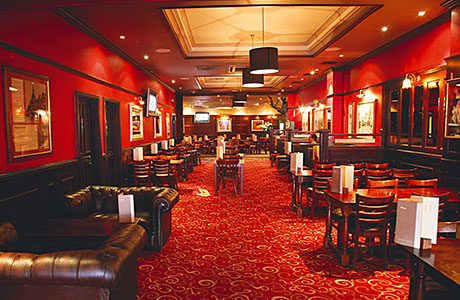 For instance, DM Hall has been selling quite a number of pubs for Belhaven, since it was bought over by Greene King.
Last month, however, Greene King sold 260 pubs in one £75 million tranche to private equity company Hawthorn Leisure, headed by a former chief executive of Enterprise Inns.
This suggests a regeneration of the pubco model, and an indication that the traditional pub model still has some life though it needs a bit of re-engineering – Greene King is moving in the other direction from the traditional drinkers’ pub, to family-orientated, food-led destination venues.
The pub market has had its shake-out, and a lot of what has been sold for Belhaven has been taken into alternative use – restaurants, hot food shops and convenience stores.
But the pub market is far from dead and the Greene King sale, with many assets in Scotland, is a big vote of confidence in it.
It remains a difficult market for first time buyers.
Funders’ stricter diligence procedures mean that decisions are not based only on ability to service debt through a business model, but also about experience and operational efficiency.
The entry bar is much higher and an inexperienced operator will struggle to get in, but there is no doubt that the dance will go on.
• Alan Gordon is a partner in the Glasgow North office of DM Hall Chartered Surveyors.