EXPERIENCE gained from the 2012 Olympic Games will be crucial to Heineken’s sponsorship of the Commonwealth Games this summer.

Heineken, which this month announced it will be the official beer and cider provider of the Glasgow 2014 Commonwealth Games, was the official lager supplier of London 2012.
Speaking to SLTN last week, John Gemmell, trading director for Scotland and north east at Heineken, said the Olympics, as well as the company’s sponsorship of events like the Champions League and Heineken Cup, have stood it in good stead to make the most of the Games this summer.
“I think some of the key lessons are in the areas people don’t necessarily see,” said Gemmell.
“We can’t underestimate how much of a logistical challenge it is being able to deliver into venues – you have to get your delivery guys accredited, vehicles accredited, product must go in shrink-wrapped.
“So there’s lots of back-office stuff that we were able to pick up.
“All of our lessons from the Olympics allow us to do that much more smoothly.”
The deal will see Heineken and Bulmers available at all Commonwealth Games venues, and Gemmell said there will be marketing activity in around 30 on-trade outlets in Glasgow city centre, promoting Heineken’s affiliation with the Games. 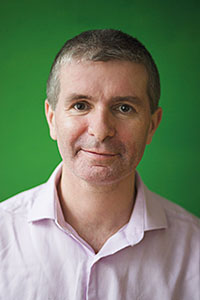 According to Gemmell, the activity will not be limited to outlets that are part of the Heineken-owned Star Pubs & Bars leasehold estate, but will encompass a range of the company’s free-trade customers in the city.
There is also work to be done in the arenas themselves, where Heineken is working against local consumers’ preconceived notions regarding alcohol and sporting arenas.
“Being able to offer a cold beer or cider at a major sporting event happens all over the world,” said Gemmell.
“But what’s interesting for us in Scotland is that with the alcohol ban in football grounds, many consumers in Scotland have been conditioned to it not being available. So one of our challenges is to overcome that consumer perception and enhance the experience of people coming to the Commonwealth Games by allowing them to drink a beer or cider.”

I’m a Glasgow boy and this is an important personal moment for me.

While Heineken won’t be posting signage extensively around the arenas, the ‘dispense areas’, which will include bars at Parkhead and Ibrox as well as non-permanent bars throughout the ‘Commonwealth Village’, will be clearly branded and signposted for consumers.
With more than a million people expected to attend events across the city, the Games represents a significant platform for Heineken, but Gemmell insisted the partnership is not “a volume exercise” for the brewer.
“It’s about building on the credibility of the brand in the mind of consumers,” he said.
“It’s just a great opportunity for us to have a million consumers who can potentially interact with our brand, and building on our connections with other sporting events.”
The tie-up with the Commonwealth Games isn’t limited to pouring rights and on-trade marketing activity.
Heineken, through its Caledonian Brewery, will also be producing an official Commonwealth Games ale to coincide with the fortnight of events.
Commonwealth Gold will be available to publicans across the UK from early July in cask format.
“The brief to the brewers was to come up with something that captures the essence of summer,” said Gemmell.
“We said it has to be summery, light and golden.”
A launch event will be held for the beer in Glasgow prior to the Games.
The deal, however, is not all about business for Gemmell, who said the partnership with the Commonwealth Games has struck a very personal note with him.
“For me personally, I’m a Glasgow boy, have spent all of my time working in the beer business in the on-trade in Glasgow, and it’s an important personal moment for me to be able to say that I pulled this together, to be able to support the Commonwealth Games in my home city,” he said.
“If anything that’s the thing that makes me proudest.”