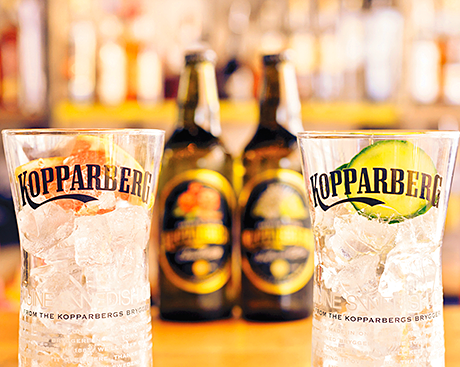 THE firm behind Swedish cider Kopparberg is promoting the ‘perfect serve’ for the latest flavoured variants to join the range.

The new variants are hugely popular and contributed to our strong summer sales.

Rob Calder, head of marketing at Kopparberg, said the launch of the perfect serves comes on the back of a strong sales performance by the brand.
“We are extremely pleased with how our Eclectics range and their perfect serves have been received,” he said.
“The new variants have proved to be hugely popular amongst our fans and have contributed to the rising sales that we’ve seen this summer; July was a record-breaking month for the brand in the UK with sales up 100% versus the same month last year.”
The launch of the serves comes after summer marketing activity for Kopparberg, which was designed to highlight the brand’s Swedish roots and the ingredients used in the cider.
Set in a Swedish forest, the TV, outdoor and digital ad featured towers of ice with each of the fruits used to make Kopparberg cider frozen inside them. Sunlight caused the ice towers to crack and collapse, sending shards of ice, fruit and a cold bottle of Kopparberg Mixed Fruit cider to the forest floor.
The ad was part of a claimed £10 million UK marketing campaign, which also included the #happenings activity, where consumers got the chance to win their own Kopparberg “experience” by telling the firm why they wanted “something big to happen” via Twitter, Facebook and Instagram.

Image – Cloudberry is paired with pink grapefruit while Elderflower & Lime is matched with cucumber.