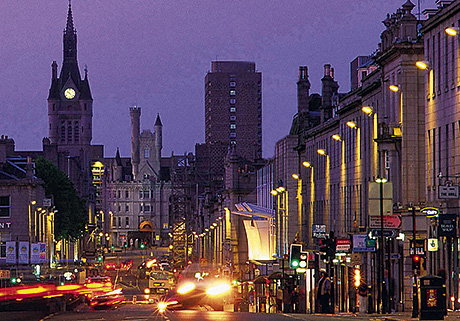 CLAIMS that Aberdeen has too many licensed premises have been criticised by trade group the Scottish Beer and Pub Association.

The local licensing forum claims the city has an overprovision of both on and off-sales outlets and wants the board to ensure any further licence applicants provide “justification” for additional licensed premises. The recommendation was one of eight submitted by the forum in response to Aberdeen licensing board’s consultation on its new licensing policy statement, which closed on Monday (September 2). There are two zones – areas around Belmont Street and Justice Mill – identified in the board’s current policy on overprovision.
The SBPA hit out at the forum’s suggestion that the entire board area is overprovided for, claiming figures obtained from the board and the Scottish Government show the number of commercial alcohol licences dropped from 646 in 2007 to 630 in March 2012.
“These figures demonstrate a significant fall in the number of alcohol licences within the board’s area since 2007,” said the SBPA in its response to the policy statement consultation.
“We therefore do not believe there is currently an overprovision of on-sales licensed premises in any locality within the board’s area, or indeed that any area is ‘provided for’ in terms of licensed premises.
“We would certainly not concur with the views of the Aberdeen City Licensing Forum that the entirety of the board’s area is overprovided for.”
In its draft policy statement, a complete version of which must be in place by November, the board said before overprovision can be identified there must be “sufficient robust evidence”.
“The board is also aware that the forum’s suggestion that overprovision relates to the whole extent of the board’s geographical area gives rise to a legal issue,” it said.
“Section 7 of the [2005 licensing] Act refers to the board making a statement ‘as to the extent to which there is overprovision in any locality within the board’s area’.
“The use of the word ‘within’ might suggest that the overprovision area is smaller than the entire board area and, therefore, the board is advised that it should not consider overprovision of its entire area.”