Major ramifications for those who fail to comply with refresher rules 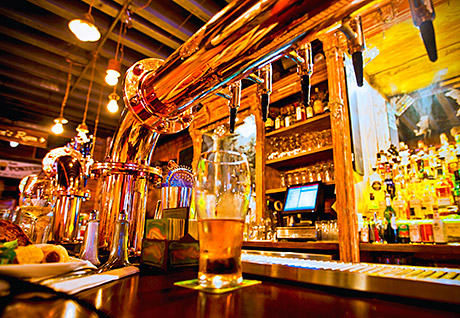 EXCEPT in the case of certain members’ clubs, every premises licence must name a premises manager.

That person must hold a current, valid personal licence. If these requirements aren’t met, the sale of alcohol on the licensed premises constitutes an offence potentially punishable by a fine of up to £20,000 and/or six months’ imprisonment; a premises licence review is also guaranteed.
Perfectly straightforward – except that new training requirements on the horizon present a very dangerous trap for the unwary.
Have you had a look at your personal licence recently?
Certainly, you’ll see the expiry date, which, for technical reasons, will not be earlier than August 31, 2019.
Comfortably far off, you might think – in which case, think again.

There will be huge demand for course places so it’s vital to plan ahead.

What the licence doesn’t tell you is that the refresher training must be completed within five years of the date on which the licence was issued (not the same as the date on which it was granted).
The consequences of failing to comply with the refresher rules are catastrophic.
The licensing board has no option. It must revoke the personal licence.
A further personal licence application cannot be made for five years.
If in such a situation the personal licence holder is the premises manager, then immediate steps should be taken to inform the licensing board and make an application to substitute a new premises manager. Failure to follow the correct procedure will result in alcohol sales having to cease.
So, what exactly are the rules?
A personal licence holder must, no later than three months after the expiry of the five-year period beginning with the issue date (and each subsequent five-year period), produce evidence to the licensing board of prescribed training having been completed within that period.
The words in italics are very important. The three months allowed for production of the training certificate isn’t an extension of the five years or a ‘grace period’; rather, it’s the deadline for giving the certificate to the licensing board.
Of course, a huge number of personal licences were issued in the run-up to the start of the new Act on September 1, 2009. So, by my reckoning, if a personal licence was issued on, say, August 20, 2008 then the five year deadline has passed.
Since refresher training courses have only just become available, the Scottish Government has come up with a piece of guidance to cover the situation.
If a licence was issued before September 1, 2009 that’s the starting date for the five-year period. A handy calculator is available at: http://scplh.info/calculator.
I reckon there will be a huge demand for course places so it’s absolutely vital that you book well ahead and make a note in your diary now.
The refresher training session lasts a minimum of three hours and leads to a one-hour exam, with a pass mark of 28 out of 40. In fact, that’s the same structure as the personal licence course, but with the teaching delivery time scaled down from six hours.
Despite protestations from the trade that this approach is simply “over the top”, it’s going to be a burdensome and costly exercise.
It may have an unfortunate consequence. Many responsible operators have taken the decision to fund personal licences for several staff members.
I suspect that the unforeseen costs about to be generated in these difficult economic times may prompt some to revisit that laudable policy.
I also reckon that businesses operating on both sides of the border will be wondering why only Scotland insists on refresher training and also requires personal licences to be renewed after ten years.
That isn’t quite the end of the training story.
The training qualification for personal licences changed on August 1 with a revised specification, so if you’re sitting with an ‘old’ certificate and thinking of making a licence application, it may not be accepted but for the good grace of the licensing board.
• Jack Cummins is one of Scotland’s leading licensing lawyers. Every month he writes on licensing law and answers readers’ questions in SLTN.