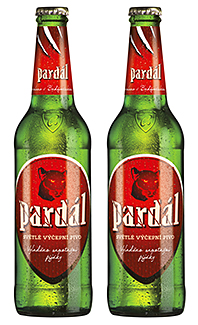 CZECH brewer Budvar has launched a new 3.8% ABV lager in the UK.

Said to be more bitter than Budvar’s signature beer, with a “rich hoppy head”, Pardal is Czech for panther and is also said to have the colloquial meaning ‘top man’.
The beer will be available in bottled format in supermarket chain Morrisons this autumn, and Budvar said it also aims to roll out the beer in draught format to the UK on-trade.
Launched in the Czech Republic four years ago, Pardal is now said to account for 18% of Budvar’s sales in its homeland; the beer was also launched in Germany in 2012.
Jill Sutherland, who heads up Budvar UK’s Scottish division, said Pardal is Budvar’s first new product launch in the UK since its 4.1% ABV yeast beer four years ago.
“Its success back in the Czech Republic and in Germany indicates that without a shadow of a doubt it will do well here,” she said.