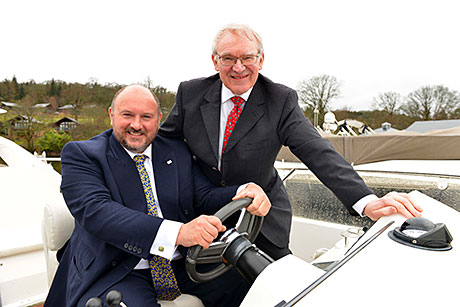 THE Scottish hospitality industry is in a stronger position than ever before, and is ideally placed to capitalise on next year’s sporting events, according to the outgoing chair of the Hospitality Industry Trust (HIT) Scotland.

Speaking at the organisation’s annual industry dinner, Stephen Carter, who stood down after 12 years as chair, said the industry has transformed over the last decade.
“When I first became involved in HIT, 14 years ago, hospitality wasn’t considered an attractive industry to work in and given what it has to offer and its huge contribution to the Scottish economy, this was a sad state of affairs,” he said.
“The transformation since then has been astounding and HIT has played no small part in this.”
Carter was succeeded as chair by Crerar Hotel Group boss Paddy Crerar.

Image – Paddy Crerar (left) has taken over from Stephen Carter as chair of HIT Scotland.