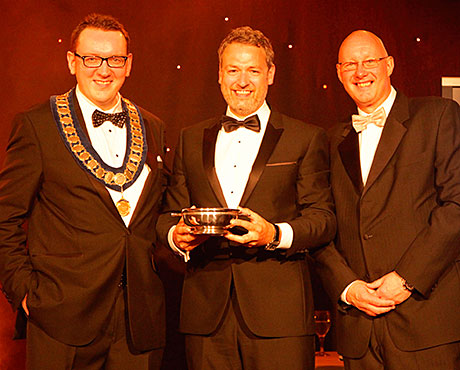 LICENSED trade businesses and operators have been recognised in this year’s BII Scotland Awards.

James Rusk, owner of The Butchershop Bar & Grill in Glasgow’s west end, was named Bar Personality of the Year at the awards ceremony in Glasgow’s Crowne Plaza Hotel.
The host city performed well in other categories as the Late Night Operator of the Year award went to Bath Street bar-restaurant and live music venue Slouch, while speciality beer retailer Hippo Beers, also in the west end, took the award for Best Business Initiative
Fife-based Flood Inns was named BII Scotland’s Bar Operator of the Year, while the BII’s Scottish Training Award went to Cheers Cafe, Bar & Tavern in Fraserburgh.
Police Scotland picked up the Social Responsibility Award for its work in the ‘Vulnerable Person’ scheme in Glasgow.
BII Scotland chairman Stephen McGowan said the standard of entries to this year’s awards was very high.
“Congratulations to all of the winners and finalists as it was tough year for the judges and everyone should be proud,” he said.
“I am delighted that BII Scotland was able to celebrate the responsible licensed trade who contribute immeasurably to ‘brand Scotland’.”