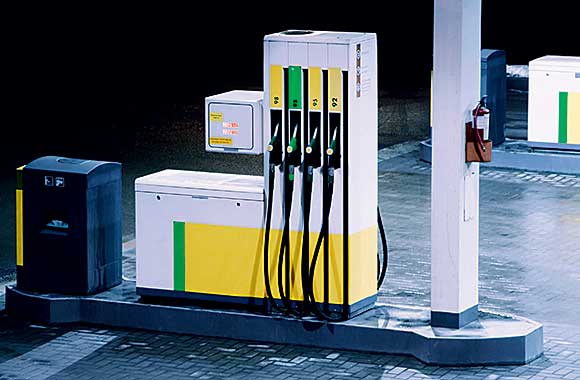 MANY licensed premises attract motorists but the Scottish Government, backed by some licensing boards and road safety activists, seems intent on buying into the frankly fanciful theory that allowing alcohol sales at garage shops will somehow contribute to the dangers of drinking and driving – or blunt the ‘don’t drink and drive’ message.

It doesn’t seem to matter that many public houses have car parks and supermarkets often have a filling station on the same site – motorists simply should be allowed to buy alcohol when filling up their cars.
It also appears to be of no consequence that the perception of risk is not shared by the country’s police forces.
This is an issue that has been rumbling on for years and has now resurfaced in the consultation on further licensing law reform that closes today (March 21).
It’s also part of a tiresome trend: Holyrood enacts badly drafted legislation, it gets mauled by the appeal courts and then lobbyists set about encouraging the government to have a second bite at the cherry.
Under the former legislation, it was left to licensing boards to decide whether it was appropriate to license shops attached to petrol forecourts.
Although the Nicholson Committee did not see fit to recommend a statutory prohibition, when the Licensing (Scotland) Bill was being formulated, it looked as if a blanket ban was on the cards. That major step would have proved totally unacceptable to politicians in rural communities, where the viability of the only local shop for miles could be undermined with the withdrawal of an alcohol licence.
In my view, this is nothing short of utter hypocrisy.
The notion that a motorist might fill up with fuel, get behind the wheel of the car, consume an alcohol purchase and cause an accident is just ridiculous.

It became clear from appeal cases that the wording was impossible to apply in practice.

If you followed that reasoning it would be absolutely acceptable to allow the use of hand-held mobile phones on country roads where there are no public call boxes, even though the driver might cause a fatal accident.
The solution to the protest from rural communities was a fudge.
The Licensing (Scotland) Act 2005 makes premises selling groceries and fuels “excluded premises”. But those premises can be licensed if the applicant is able to satisfy what might shortly be described as a “local reliance test”, turning on whether persons resident in the locality are, or are likely to become, reliant on the premises to a significant extent as the principal source of motor fuels and/or groceries.
But as licensing boards started to reject applications using that measure, it became clear from appeal decisions that the wording was hopelessly impossible to apply in practice. In particular, how many persons required to be reliant? What constitutes a “significant extent”?
Following the landmark case involving BP Oil and the Glasgow and Edinburgh licensing boards, if an operator produces carefully constructed market research gleaned from local residents it will be very difficult for a licensing board to turn down a licence (unless, of course, there is another ground for refusal, such as overprovision).
So, rather than let the issue rest, the Scottish Government has gone back to the drawing board, asking three questions in the consultation: (1) should all garages be refused a premises licence? (2) what, if any, exemptions should apply? and (3) is there an alternative approach?
There is at least a glimmer of common sense in the consultation comment that, “with most people already driving to do their shopping, it could be argued that the need to stop garages from selling alcohol has been lessened”.
Surely that’s the nub of the matter and a firm line should now be drawn under this nonsense?

Image – Under the 2005 Act, shops attached to petrol forecourts are “excluded premises”.