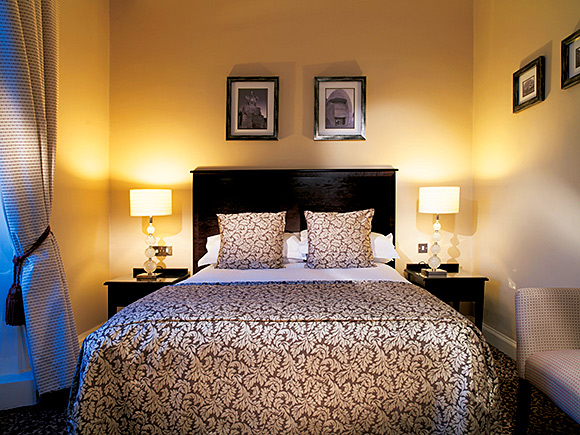 The year-end Scottish Hotel Survey from business advisors PKF revealed hotel occupancy and revenue figures for Scotland were higher than any other part of the UK during 2012.
Overall, Scottish hotel occupancy levels rose 0.3% last year to 73.9%.
Hotels in England recorded an occupancy rate of 70.2%, while Wales was 71%.
Scottish hotels also recorded higher revenues (rooms yield) than elsewhere in the UK, at £50.02, compared to £41.43 in England and £36.32 in Wales, although the figure for Scotland was down 0.3% on 2011.
Within Scotland hotel performance was mixed across the major cities.
Businesses in Aberdeen had a strong year, according to PKF, with occupancy up 5.7% and revenues up 11.1%, while Inverness recorded a more modest 1.5% rise in occupancy and 0.6% increase in revenues.
In Edinburgh, occupancy rates fell 2% in the course of the year, with revenues down 4%. And, although Glasgow recorded a slight increase in occupancy, up 0.8%, rooms yield dipped 0.4%.
Aberdeen overtook Edinburgh last year in terms of average rooms yield – reaching £59.74 up from £53.79 in 2011. Edinburgh revenues, meanwhile, fell from £58.16 in 2011 to £55.84 last year.
Alastair Rae, a partner in the real estate and hospitality sector at PKF, said the UK hotels market had been “flat” in 2012 and predicted a similarly tough year in 2013.
“Unfortunately with rising costs for wages, utilities, food and drink there is little respite for hoteliers other than to closely scrutinise expenses and market as effectively as budgets will allow,” he said.
“Without any upturn in the economy 2013 looks like being a similar story to 2012.”

Image – Scottish hotels outperformed those down south last year, according to PKF.