Evolution is the watchword as merchants unveil their lists for 2013 at annual tastings around the country. Scott Wright reports 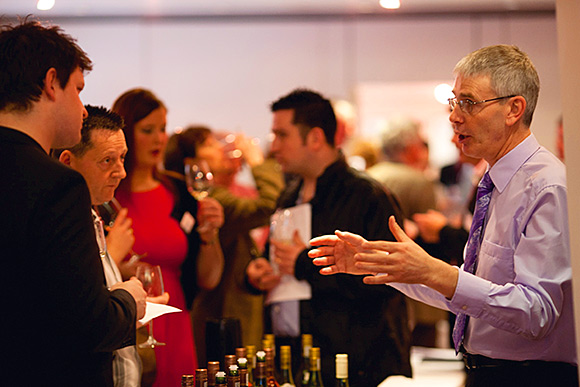 FOR wine wholesalers, it’s perhaps the most crucial time of the year.

As winter gives way to spring, merchants traditionally emerge from cold storage to reveal the wines (and prices) they’re anchoring their business around for the year ahead.
The tasting season is already in full swing – and the early signs are that some merchants are aiming to do things a bit differently this year.
Beith-based Alliance Wine was out the traps quickly this year, presenting its offer for 2013 at its annual tasting at The Caledonian Waldorf Astoria Hotel in Edinburgh on February 4, while London-based Bibendum showed customers what it has in store for the months ahead at its trade tasting in the UK capital last week. Tastings by other merchants are due to take place between now and the end of March.
Big things will certainly been expected from Alliance this year, after the merchant won the prestigious wine list of the year award from the International Wine Challenge in 2012.
Sales director Miriam Spiers told SLTN that food and wine matching had been a key theme at this year’s event.
“We had over 250 clients attending and producers and staff on hand to introduce these wines,” Miriam said.
“Not only did we show our wines, we teamed up with our friends at Barwhey
s Dairy, an award-winning cheese producer from our company home in Ayrshire, who showed their amazing cheeses.
“We also had our own ‘Jamon master’, Giles Cooke MW (Master of Wine), who showed his passion for the best Jamons, and introduced three different styles of the ham – all personally carved – accompanied by a series of sherries and wines.
“The food and wine element to the tasting is in the vein of Love Food Love Wine – a theme we use when devising any tastings and activities.
“We have further tastings coming up in London, Manchester and Inverness.”
Inverarity Morton also plans to shake things up at its tastings.
The Glasgow-based merchant will present its offer for 2013 at Edinburgh’s Festival Theatre on February 25 and Culloden House Hotel in Inverness on February 27, at which the wine will be set out by style as well as producer; themes will range from sustainable to sweet and new wines.
Wine buyer and trainer Claire Blackler also revealed that the tastings would feature Riedel and WSET (Wine and Spirit Education Trust) masterclasses, “so customers can understand the importance of glassware and training to their overall operation”.
But how will merchants’ lists for 2013 compare to last year’s?
At Milnathort-based Forth Wines, which celebrates its 50th anniversary this year, the watchword is evolution, not revolution. It’s set to air its 2013 list at the Assembly Rooms in Edinburgh on March 20, which will be followed by a series of regional tastings thereafter.
“We have added to the already extensive list rather than change much – we are keeping all of our really successful agencies like Chocolate Box, Lomond and Torreon de Parades,” said commercial director Ian Cumming.
“Included this year will be a new range of great-tasting South African entry-level wines – Dusty Road – [which offer] great packaging and great value. We have also added the very highly-acclaimed Parducci Wines from California and an exciting range called La Poderosa from Chile.”
A similar strategy is being pursued at Inverarity Morton.
“The number of bins on our core list will remain broadly the same but it’s a rolling process as I still have loads of wines to sample from Italy, South Africa and the New World,” Blackler said.
“We’ve made some really interesting additions to the list this year, [including] a wonderful range of varietal wines from Domaine Galetis in the south of France. We’ve also signed up Red Boar Bobal, which is a very interesting and unusual black grape variety and not at all common in the UK, and Green Fish Verdejo from Spain; their packaging is excellent and their pricing is equally as attractive.”
Opinion between merchants varied when asked to comment on the styles they expect to be popular in 2013.
There is consensus that the poor Pinot Grigio harvest last year has caused prices to rise, which has led merchants to source alternatives.
Inverarity, for example, has added a Hungarian Pinot to its own-label range, while Forth said the pressure on Pinot Grigio might predispose consumers to experiment a little, suggesting there might be scope for “good quality South African Chenin at entry level” and perhaps even a Soave comeback.
London-based merchant Bibendum, meanwhile, maintained that “cooler climates are still driving the agenda, as well as indigenous weird and unusual ones”. Explaining that the biggest changes to its new offer reflected “sourcing opportunities with key producers and a reaction to customer demand”, for example its decision to add Australian Moscat to the list, head of buying Andrew Shaw said: “It will be a year of considerable diversity in the wine sector, with more experimentation from the consumer and a greater level of diversity – sherry in particular will experience increased popularity.”
Spiers at Alliance has a hunch that Italian wines will perform well, as well as wines from the Cotes du Rhone and the south of France. In general, Spiers predicts that wines of “elegance and restraint” that combine with food and are “less obviously fruity” will flourish, as opposed to “some of the new world counterparts”.

Image – Visitors to Inverarity Morton’s forthcoming tastings can expect wine to be presented by style.