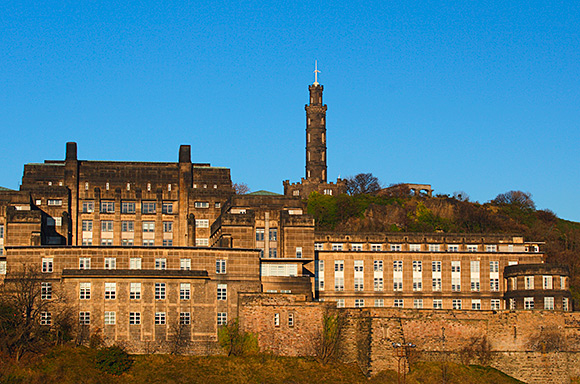 IT’S been two months since the Scottish Government stunned the trade with its latest proposals to change Scotland’s licensing laws.

But the passage of time has not quelled the sense of frustration felt by licensing solicitors over not just the content of the latest consultation, but the fact it’s the third attempt at licensing reform since the 2005 Act came into force in September 2009.
The immediate feeling among lawyers on publication of the Further Options for Alcohol Licensing consultation shortly before Christmas was that much of its content had been driven by calls from the health lobby.
Judging by views expressed by prominent solicitors last week, it seems that feeling persists.
“The consultation is clearly re-active and while I commend a government which listens to concerns and acts on them, it is essential that the interests of all groups are represented, not just simply those who apply the most pressure,” said Audrey Junner, associate at Hill Brown Licensing.
“The consultation fails to address a whole host of concerns from the trade and is in my view a poor attempt at reform which does very little to tackle inherent problems within the licensing regime or indeed the real issue of alcohol misuse.”
Examples of how the consultation reflects the views of the health lobby include making it a statutory requirement for boards to promote the licensing objectives, and for boards to produce an annual report on their progress on meeting the objectives, which include protecting and improving public health, and protecting children from harm. Lawyers told SLTN they saw little point in such proposals, with Junner contending that handing boards this extra burden would simply exert further pressure on them and the clerks, which could ultimately mean higher costs being foisted on operators.
Audrey Ferrie, legal director at Pinsent Masons, questioned the need for further legislative proposals to deal with Scotland’s problems with alcohol misuse, arguing that powers are already in place to tackle the problems.
“There is no doubt that Scotland has deep-seated cultural issues which impact on its relationship with alcohol,” she said. “No reasonable person could deny that.
“The government wants to be seen to be addressing the social and health problems which are laid at the door of over-consumption of alcohol.
“What would be better to do, in my view, is give the police and boards the resources to enforce the powers they already have.”
The health debate, however, is just one aspect of the latest consultation, which justice minister Kenny MacAskill said sets out to strengthen the power of licensing boards, and improve the effectiveness of the licensing regime.
Included in the 20-plus proposals are suggestions to deal with the “uncertainties” caused by the Brightcrew ruling, a landmark legal judgement concerning a Glasgow lapdance club which effectively said boards must only have regard to the sale of alcohol in reaching decisions.
According to the consultation, some boards are “cautious about taking cognisance of factors such as noise complaints, fights, and other disturbances” post-Brightcrew, and are electing not to take action for fear of being challenged in court.
But the view from the legal world is that the impact of Brightcrew has been overstated, and there is concern that ministers are seeking to change the law simply because of a court ruling that was not to their liking.
“The Brightcrew effect seems to have been vastly over-estimated and the idea that boards have become lame ducks as a result of it is a nonsense,” said Stephen McGowan, director and head of licensing at TLT Scotland.
“Brightcrew is nothing more than the most recent expression of the extent of a board’s powers.
“In my view, there is a ‘causal spectrum’ where certain matters are clearly within a board’s purview, whereas at the other end there are clearly matters too remote from the sale of alcohol to be licensing issues which should be dealt with in other arenas.”
Ferrie at Pinsent Masons was emphatic that “it is not the function of boards to consider issues which are irrelevant to the sale of alcohol, for example food safety and food hygiene”. “In any event, we cannot operate a legal system on the basis that the government legislates to correct, as they see it, any court decision they do not like,” she said. “The proposal regarding the sale of alcohol in garage forecourts is another example of this.”
While Junner said it was difficult to ascertain “any real benefit” in a consultation largely aimed at “increasing the powers of the police and policy makers”, she did welcome the proposed action to stop members’ clubs abusing the licensing system, for example by freely opening their doors to the general public. The consultation asks whether more restrictions should be applied to their operation; whether a breach of a club constitution relating to the sale of alcohol should spark a licence review; and whether clubs’ constitutions should be incorporated into their premises licence.
• The consultation (www.scotland.gov.uk/Publications/2012/12/8130/1) closes on March 21.

Image – Lawyers aren’t too impressed with the latest proposals to have emerged from St Andrews House.