Pubcos say interest is high despite debate on code of practice 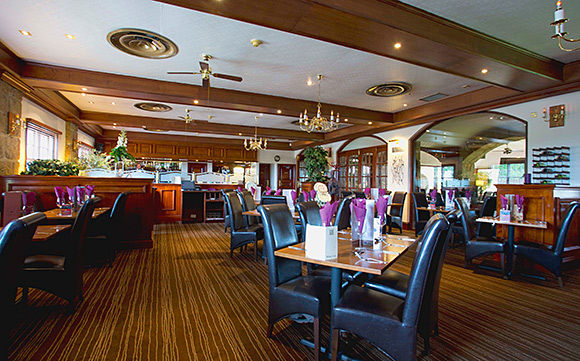 PUBCOS were in the parliamentary spotlight again last month when business secretary Vince Cable confirmed plans to consult on putting the code of practice, which sets out the pubco-tenant relationship, on a statutory footing.

As well as seeking to put the code, which would apply to pubcos with more than 500 tied leases, on a statutory footing, Cable said he wants to appoint an independent adjudicator to address what he considers unfair practices in the industry.
Despite the government’s decision to consult on statutory regulation, trade body the BBPA last week published version six of the Industry Framework Code of Practice, saying the new draft offers “greater transparency” for lessees and will “continue the process of reform”.
Whatever the outcome of the consultation in spring, it seems the recent focus and debate around the tied lease model has done little to dampen the enthusiasm of those seeking to take on a leasehold pub business with the major operators.
“Despite the economic downturn and high profile debate about the tie in the media, the number of enquiries we are receiving about taking on a leased pub is still high – December 2012 was our busiest end of year ever,” said Ken McGown, operations and sales director north at Star Pubs & Bars.

We have built our business on offering good value deals to our tenants.

“We believe the voluntary code has had a positive impact, much of it is good business sense and it has made the industry more transparent. This clarity helps recruitment and, ultimately, retention of lessees as both parties enter their agreements fully aware of their obligations.”
Andy Slee, buying club and central operations director at Punch Taverns, said the pubco continues to receive a high level of interest from prospective lessees.
“I can only speak for Punch Taverns, but we have seen a 20% rise in applicant numbers on last year and we are receiving up to 400 enquiries from potential licensees per month,” he said.
“That feels like strong interest in getting into the pub sector and being able to own your own business.
“The voluntary code has given a framework for what can be expected in the pubco/tenant relationship and allows tenants to hold their pubco to account if they feel they have been treated badly.
“That can only be a good thing for all concerned as it allows transparency on both sides.”
However, Glasgow-based Rosemount Taverns, which has just over 50 pubs in Scotland, reckons the debate over the tied lease model has not helped the sector as a whole.
“We think that demand for pub leases is lower than it was before the recession and the negative publicity about pubco/tenant relationships has not helped,” said director Craig Bruce.
“However, in our case we still attract good quality tenants due to the attractiveness of our deals.
“We have built our business on the basis of offering good value deals to our tenants and, as a result, the relationship between us as landlords and our tenants has always been good.
“We offer realistic rents and a tie for draught only. Additionally, although the tenant is tied for draught beer, we offer significant discounts off the brewers’ list price to our tenants.
“Finally, the only money we ever ask for upfront from a tenant is a relatively small, refundable deposit – we don’t take money for fixtures and fittings or ‘key’ money for our leases.”

We provide support to help our lessees grow their businesses and reduce their costs.

McGown at Star Pubs & Bars said the firm’s business start-up agreement, which was launched last November and offers low-cost entry with the option for lessees to terminate their contract at any time with three months’ notice, is attracting a “lot of attention” from prospective lessees.
“In uncertain times, potential lessees appreciate this sharing of risk and their feedback is that they see this as a sign of our confidence in these pubs,” he said.
“At Star Pubs & Bars we believe the key to attracting and retaining lessees is for them to have both a successful pub business and a strong partnership with us where we can be seen to be adding value.
“To that end we provide support to help our lessees grow their businesses and reduce their costs and are always looking at new ways in which we can refine and improve this help.”
Slee said Punch has also ramped up the support it offers lessees.
“As a start point we will be investing £45 million in our pubs nationwide over this year, driven by our partners and some of the best qualified partnership development managers in the sector,” he said.

Image – The Mains of Scotstown Inn at Bridge of Don in Aberdeenshire is part of Punch Taverns’ estate.