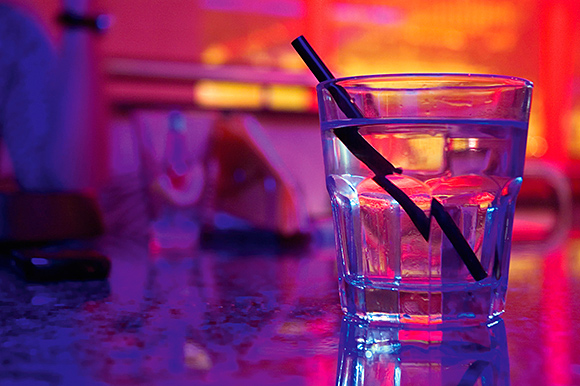 VODKA producers and suppliers have issued fresh calls for chancellor George Osborne to scrap the alcohol duty escalator, claiming the annual 2% above the rate of inflation increase is crippling the industry.

Speaking ahead of next month’s Budget, spirits firms say the annual tax hike, introduced by the previous government in 2008 and maintained by the Coalition, is putting jobs and growth on the line.
Ian Peart, on-trade channel director for spirits at Pernod Ricard, owner of Absolut vodka, said the amount of tax attached to a bottle of spirits has increased by 37% since the duty escalator was introduced.
“Taking into account the projected increase of this year’s duty escalator, the amount of tax in a bottle of spirits will have increased by 44% since 2007,” he said. “The proportion of tax in an average bottle of vodka now accounts for 77% of the cost.
“The duty escalator is in place until the end of this parliament. Pernod Ricard UK firmly believes that at this point it should be abolished – the duty escalator risks jobs and growth in an industry which is valued at £37 billion and supports almost two million jobs, directly and indirectly.”
Pleurat Shabani, founder of premium Polish vodka Konik’s Tail, which is available from Hotsauce Drinks, Inverarity Morton and Laurence Smith & Son, anticipates a “nasty hangover” for the drinks industry and licensed trade businesses if the duty status quo remains.
“The alcohol drinks industry is important – economically, strategically and socially,” he said.
“There is concern, therefore, at the consequences of extra costs being imposed on the sector during the economic downturn, especially the tax escalator on all alcohol, which increases the excise tax by 2% above the rate of inflation.
“This will inevitably lead consumers to tighten their purse strings, and the sector nursing a nasty hangover.
“This is likely to have an effect on independent wine and spirit merchants, which are struggling to compete with supermarkets, which often sell alcoholic beverages at a loss.”
Renewed calls for a freeze on alcohol duty come as the vodka category is said to be experiencing mixed fortunes.
Quoting figures from CGA Strategy for the UK on-trade, Peart at Pernod Ricard UK said the volume of vodka sold in pubs and clubs was down 5.3% in the year to November 2012, although the value of sales was up 1.3% year-on-year. Mainstream brands declined in both volume (-6.2%) and value (-0.6%) terms, while premium vodka brands faired better in the on-trade, up 0.9% in volume terms and 10.2% in value.
“We have found that there is consistent evidence that consumers are continuing to trade up to premium spirits in the on-trade,” said Peart.
“This represents a significant opportunity for licensees who can capitalise on this trend by stocking a wide range of premium spirits, particularly vodka as a top-selling category.
“On-trade retailers can encourage their customers to trade up to premium vodka brands by offering advice and recommendations, as well as including innovative serves on the menu.”
Shabani at Konik’s Tail said premium vodka is in “rude health” in the Scottish on-trade – despite the ongoing economic gloom.
“Consumers are becoming more selective in their spending and are seeking a quality experience in the on-trade – top-end bars offering small craft-distilled brands – and brands that inspire them,” he said.
“My advice to operators would be to choose smaller brands and follow consumers’ growing thirst for craft-distilled brands. This presents a huge opportunity and outlets need to increase their offer of small craft brands, like Konik’s Tail, as there’s a willingness by consumers to try something more authentic.”
Mark Holdsworth, vodka marketing controller for Grey Goose vodka at Bacardi Brown-Forman Brands, said “super-premium” brands are driving growth in the vodka category.
“Trends show that economic uncertainty has strengthened the role of super premium products,” he said.
“Although consumers may be going out less, they are spending more when they do go out, opting for higher end quality products that they enjoy and make them feel special.
“We would recommend at least one vodka from each of the established price segments of mainstream (Eristoff), premium (42 Below, Finlandia), and super-premium (Grey Goose). Having a laddered offering gives retailers the opportunity to encourage consumers to trade up, which our research shows people are willing to do if there is justified value benefit.”

Image – Vodka has enjoyed mixed fortunes, according to producers and suppliers, who say premium brands are driving growth.