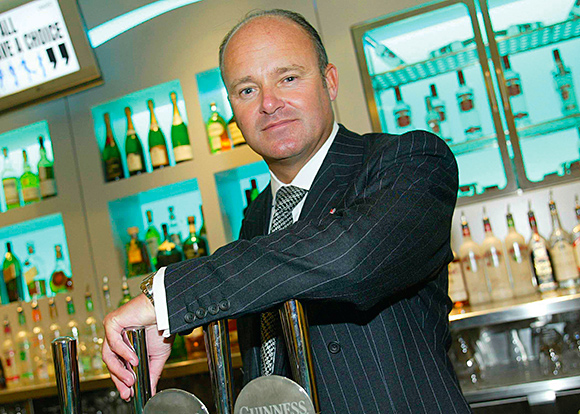 THE world’s biggest drinks firm saw sales and operating profit grow rapidly in emerging markets in the last six months of 2012, but confirmed sales had been flat in the UK over the period.

Diageo, owner of Bell’s, Guinness and Johnnie Walker, said its “faster growing markets”, including Asia, Africa and Latin America, and a strong spirits showing in the US had helped it deliver organic net sales growth of 5% in the six months to December 31. Faster growing markets accounted for 42% in the period, it said.
In Great Britain, the net sales position was described by country director Andrew Cowan as “flat”, with its strategy to drive a “positive price mix” challenged by tough trading conditions.
At brand level, Cowan noted “double digit growth” on Captain Morgan rum, which recently hit the sales landmark of 10 million cases on a global basis. However he said net sales of Smirnoff, Scotland’s best-selling spirit, were affected by a “external economic factors”.
On beer, Cowan said net sales of Guinness declined but the growth of Red Stripe in the GB off-trade drove a 1% rise in net beer sales.

Image – Diageo CEO Paul Walsh, right, said the results “reflect the global strength of our strategic brands, our leadership in the US spirits market, and our increasing presence” in fast-growing markets.