Victor Brierley, founder of Scotch training course TWA, will be among the hospitality names taking the stage to offer business advice at ScotHot. Director Jo Graham tells SLTN what delegates can expect 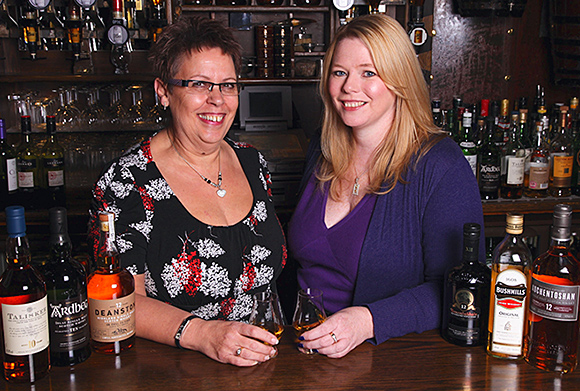 THE potential of Scotch whisky to unlock greater sales for on-trade businesses will be among the topics on the agenda at a special ScotHot seminar at Glasgow’s SECC next month.

Victor Brierley, founder of Scotch training business The Whisky Ambassador (TWA), is one of several leading hospitality names who has been lined up to talk to delegates about opportunities in the hospitality trade.
Brierley will use the platform to introduce trade delegates to the one-day course and talk more widely about the benefits that bars can tap into by having staff who are knowledgeable about whisky, how to sell it and how to present it in different drinks.
TWA, which according to its website is the UK’s only fully accredited whisky training course for the licensed trade, has been offering its course since gaining accreditation from the BII around nine months ago.
In that time more than 100 individuals have completed the course, with clients including hospitality destinations like the Trump resort in Aberdeenshire and De Vere Cameron House by Loch Lomond.
Interest in the course is also being generated outside Scotland: TWA is due to run a course in The Netherlands in April, and talks are in place with potential collaborators in Poland with a view to offering courses there. Closer to home, bosses are looking at potential premises for a training centre in Ayrshire.
Director Jo Graham told SLTN the chance to introduce TWA to delegates at the Spotlight Stage and as its ScotHot stand was too good to miss.
But she stressed Brierley’s presenation, which will see him share the Spotlight Stage with operators such as Jody Marshall from Balathie House, Beppo Buchanan-Smith of the Isle of Eriska Hotel and Chris Galvin of Galvin Restaurants – will not be confined to the TWA.
“It’s about whisky in general, looking at the trends,” she said.
“If people can upskill their knowledge they can make some more money and give a better customer experience.”
Graham revealed the TWA was in the process of developing a “non-trade” course for consumers interested in the topic, as well as the next “more in-depth” stage of the staff programme, incorporating topics like cocktails, blending and food matching.
“It gives people not just the introduction to whisky, but what you can do with it,” she said.
Trade customers are generally encouraged to host TWA training in their outlets, partly because it offers the practical benefit of allowing clients to assess their whisky range and practice drinks making in their own bars.
The one-day course, which delegates can pay for through ILA (Individual Learning Account) funding, usually runs from 9.30/10am to 4pm.
As well as being carried out by its own three trainers, TWA courses are also offered by the Tennent’s Training Academy and LA Group in Glasgow.
Graham said the course delivers genuine commercial benefits.
“People don’t want to pay for training unless there’s a benefit, or they have to do it,” she said.
“When we did the trial we did some evaluation on sales increases, and there was a 64% sales increase in whisky sales in one of the venues. There is a definite bottom line benefit.
“It enhances the customer experience because people have more confidence and knowledge, but that doesn’t always affect the bottom line.
“We give the delegates the information and then they can sell, up-sell and cross-sell.
“What we find is that venues normally have one person who knows about whisky, but unless that person is dealing with the customer, you have a lot of staff who don’t have the knowledge and confidence to engage.”
With Scotch exports booming around the world, it seems there can hardly be a better time for TWA to spread the word about Scotland’s national drink.