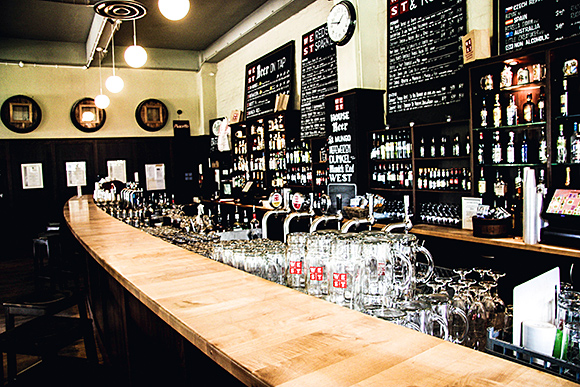 THE latest survey from the British Beer & Pub Association appeared to signal more grim times for the UK brewing industry.

According to the trade group’s most recent barometer, its quarterly health check on British beer sales, the volume of beer sold in the UK on-trade was down 4.8% in the last quarter of 2012, meaning that 138 million fewer pints were sold than in the last three months of 2011.
The stats, however, don’t appear to tell the full story. Brewers contacted by SLTN last week said sales of draught beer in pubs north of the border are holding up fairly well, with some categories, including premium brands and craft beers, in growth. 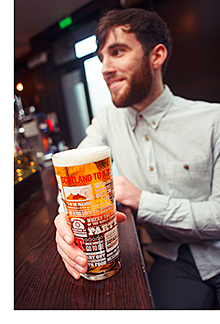 John Gilligan, managing director at Tennent Caledonian, said sales of draught beer in the Scottish on-trade are “fairing quite well” with volumes broadly in line with last year.
“The market has seen strong gains in premium lager offsetting declines in standard lager,” he said.
“Craft beer, while still very small in the Scottish market, is enjoying significant growth and is helping to add interest in the beer category.”
A similar assessment was offered by Petra Wetzel, owner of Glasgow brewery, bar and restaurant West.
“Premium brands are performing better than standard draught due to consumers becoming more discerning and brand aware,” she said.
“Craft beer has really grown in the last few years.
“There are more and more craft breweries opening across the country and people are enjoying trying different beers and tastes. I believe people are choosing to support locally-brewed beers.”
Chris Houlton, who recently succeeded Euan Venters as managing director for brewing and brands at Greene King, said craft beer is contributing positively to the relative buoyancy of Scotland’s draught beer market.
“On-trade draught beer sales in Scotland are relatively healthy compared to the rest of Britain, outperforming the whole market in terms of both volume and value,” he said.
“However, it’s the premium end of the market where the upward trend is most noticeable, with premium ale up 2% and cask ale up 9%.”
Sam Rhodes, director of customer marketing at Miller Brands, said world beer sales are also in good health.
“Premium draught beers in the Scottish on-trade are performing well, driven by the success of world beers, which have increased in value by 29.9% and 26.3% in volume,” said Sam.
“With consumer demand for quality lagers set to continue, world beer needs to be at the forefront of any outlet’s thinking to maximise profit opportunities.
“Miller Brands advises operators to put the highest margin brands on stand-alone fonts and in the highest consideration areas as they offer perceptions of good quality as well as good stand-out.
“Appealing glassware and font design come up as key reasons for choice.”
Beyond ensuring beers are visible to consumers, the importance of achieving the ‘perfect serve’ was highlighted by all of the brewers.
Darryl Hinksman, head of on-trade customer marketing at Heineken UK, said operators who focus on product quality and serve stand to benefit.
“A well-kept, well-served pint of draught beer is the number one USP that the on-trade can offer,” he said.
“This year Heineken will be investing in a year-round, multi-million pound programme to protect and promote the quality of draught beer.
“This will entail bar staff training in more than 5000 on-trade outlets across the UK where the focus will be on delivering the perfect serve for all of our brands.”
Alisdair Hamilton, on-trade director, for Scotland at Carling brewer Molson Coors, said getting draught beer right is “hugely important to the overall health of the on-trade”.
“Whilst there was a dip in sales last year, primarily down to the dreadful weather, we are seeing that in those venues where the focus is on the serve and glassware is used to create an attractive proposition, draught continues to hold its own,” he said.
Back at West, Wetzel underlined the importance of product quality and staff training. “Education is a big part of selling beer,” she added.
“Training staff to take care of the cellar equipment is just as important as educating them on the products themselves.”