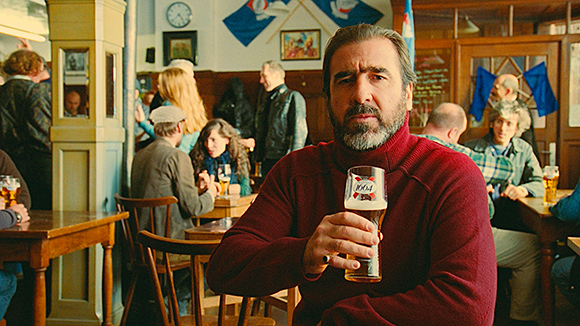 FOOTBALL legend Eric Cantona raises a glass to the “hero hop farmers of Alsace” in his latest acting role.

The Man United legend, whose film credits include Elizabeth and Looking for Eric, is fronting the latest TV ad for French beer Kronenbourg 1664.
The campaign sees football’s favourite philosopher pay tribute to the “men that grow the Strisselspalt hop”, musing that “the hop farmers are treated like the footballers of Britain”.
While his own presence goes unnoticed in the ad, the farmers are pursued by paparazzi and glamorous women, all while Queen’s We are the Champions plays in the background.

Image – Brewer Heineken UK said the Kronenbourg Cantona ad, which broke on February 4, is a “humorous homage” to the farmers that grow the hops that give the beer its taste and aroma.