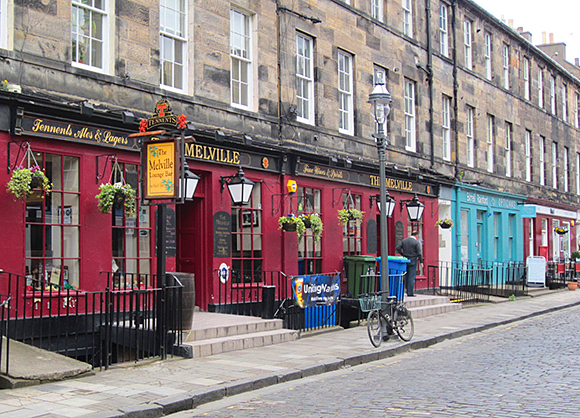 COMPETITIVELY-priced premises where the rent set is set at a realistic level are credited with maintaining momentum in the market for leasehold properties.

Property agent CDLH said there is “considerable demand” for leasehold bars and restaurants which offer tenants the opportunity to make a fair operating profit.
Recent leasehold deals completed by the agent include The Melville in Edinburgh, the former Monkey Bar in Kilmarnock, what was the Dowanhill bar in Glasgow’s west end and Spencer’s in Baillieston.
CDLH concluded the deal for The Melville on Edinburgh’s William Street, on behalf of administrators, following a “surge of interest” in the property.
“Though operating conditions remain difficult, for the right unit we expected strong interest,” said CDLH director Alan Creevy.
“We placed the Melville on the market at a rent of £50,000 per annum, stepped up to £55,000 per annum, and had a fantastic reaction from the market with a large number of interested parties.
“After short-listing a number of applicants, we let the property to experienced operators who have other licensed premises in Edinburgh city centre.”
The former Monkey Bar in Kilmarnock was leased by CDLH on behalf of administrators Begbies Traynor after it was put on the market with the option to purchase at offers over £425,000 or to lease at £40,000 per annum; while The Dowanhill in Glasgow’s west end was leased to young entrepreneurs who refurbished the outlet and relaunched it as The Sparkle Horse.
In Baillieston, Spencer’s bar and lounge was leased by CDLH following “considerable interest” from prospective tenants.
“We placed Spencer’s on the market at a very competitive rent stepped to £20,000 per annum and let the unit at the end of last year to a tenant who has undertaken a refurbishment to re-establish the business within the community,” said Kevin Hunter, graduate surveyor at CDLH.
“We have found that, where premises are competitively priced and rent set at realistic levels which allow tenants to make a fair operating profit, there is considerable demand from the market. This has resulted in a number of lettings and the momentum of 2012 is continuing into 2013 with a large number of properties under offer for completion this spring.”

Image – The Melville in Edinburgh’s William Street has been taken over by experienced operators.