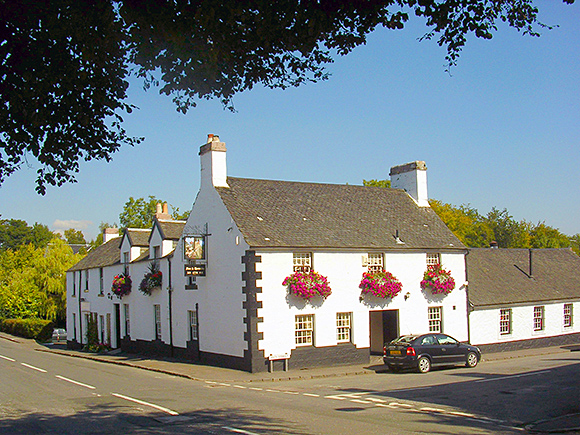 A RENFREWSHIRE country pub and microbrewing business has changed hands after 34 years under the same family ownership.

The Fox & Hounds in Houston has been bought by Andrew Anderson, who has been a regular of the pub for many years and lives locally, and business partner Stewart Robertson. The acquisition marks the first foray into the licensed trade for the pair, who are directors of MY500 Ltd.
A former coaching inn dating from 1779, The Fox & Hounds has been owned by the Wengel family since 1978; the adjoining Houston Brewing Company was added in 1997.
The inn comprises a public bar and lounge, which feature beamed ceilings and exposed stone walls, and a first-floor restaurant.
The new owners said they have big plans for the business.
“Stewart and I have always been interested in acquiring The Fox & Hounds and when we heard it was on the market, we made moves to secure the necessary funding,” said Andrew.
“We plan to start a refurbishment programme and, in the next 18 months, we are looking to relocate the brewery to larger premises in the same area.”
Brian Sheldon, director at Christie & Co, who handled the sale, said: “The sale of The Fox & Hounds and microbrewery confirms that established licensed businesses are still sought-after, despite what has been reported.
“Admittedly the sale did take some time but was completed with the assistance of our sister company, Christie Finance, and a creative deal structure.

We aim to relocate the brewery to larger premises in the same area.

“With many distressed sales taking place during 2012, it was heartening to complete the sale of The Fox & Hounds, which is an established and viable business whilst having the potential for further development.
“It shows that funding is still available depending on the level of debt and the viability of the business.”

Image – The former coaching inn in the Renfrewshire village of Houston dates from 1779.