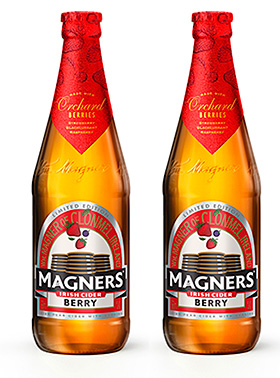 TENNENT’S lager delivered “strong” revenues in the run-up to Christmas – despite a drop in the volume sold.

In its interim management statement last week, owner C&C Group said while the volume of Tennent’s sold in the three months to November 30, 2012, was down 3.6%, net revenue was up 7.5% in the period. The Irish drinks firm has previously outlined its intention of pursuing a ‘value over volume’ strategy for the lager brand.
Sales of its cider brands in the UK, which include new Celtic sponsor Magners and Gaymers, fell 11.9% in volume terms in the three months, which C&C said represented a “moderate improvement” on the first half of its financial year and reflected increased levels of promotional activity in the off-trade; net revenues for cider were down 19.1% in the three months.
The volume of Magners sold in the UK was down 11.7%
in the three months to November 30, which C&C said also represented a slower decline than the first six months of its financial year.
Gaymers volumes were down 12.3% in the three months, with the portfolio said to have shown a “relative improvement” in the first half of the year. C&C said the introduction of Gaymers fruit variants had a “positive impact” on volumes, but the other brands in the Gaymers portfolio “continue to drag on overall performance”.
C&C said the cider market as a whole remains “tough” for brand owners, with increased competition “adding to pricing pressure”.