TWO elements of the alcohol licensing consultation launched by the Scottish Government just before Christmas will be welcomed by the trade.

It’s odds-on that we will see a sensible return to the ‘fit and proper person’ test for licence holders.
Shortly after the 2005 Act came into force it became clear that the role of the police had became far too limited.
Although a chief constable could submit a ‘representation’ to the licensing board, he could only object to an application for a new licence on the ground that he had reason to believe the applicant – or a ‘connected person’ – was involved in ‘serious organised crime’.
That bizarre restriction was subsequently removed with the chief constable placed on the same footing as other objectors. But there remained a legitimate police concern that only a return to the ‘fit and proper’ assessment would provide an effective means of ensuring that rogue elements could be prevented from involvement in licensed businesses.

According to the consultation, it appears boards are on the back foot in the wake of Brightcrew.

The likely crackdown on abuses of the licensing system by some members’ clubs would mark a sharp u-turn on the Scottish Government’s recent insistence that bringing rogue clubs into line was a matter for boards to address.
As one board clerk told me, it’s all very well telling boards to take action but that’s just impossible unless they’re given the necessary powers through changes to the legislation.
The crux of the problem is that a minority of clubs exploit a major loophole in the Act.
While there’s an obligation to have a constitution that complies with a number of requirements laid down in regulations, boards can’t demand a copy of the constitution; and, critically, departures from the constitution cannot amount to a breach of the licence leading to a review.
The remedy is pretty simple and I’m confident it will be applied in due course.
Alas, that’s just about all of the good news. There isn’t enough space here to analyse all of the consultation proposals in detail; but, for my money, there’s a standout worry for the trade.
There’s a clear indication that the 2005 Act will be amended to address ‘uncertainties’ created by the Court of Session decision in the Brightcrew case.
The nub of that ruling was very simple: the essential function of licensing boards is the licensing of the sale of alcohol. Thus, the Glasgow licensing board had strayed beyond its jurisdiction by requiring adult entertainment venues to comply with a ‘code’ dealing with irrelevant matters, such as the provision of drinking water for performers.
Similar reasoning was applied in appeal cases when the board turned down an application because a flight of stairs was considered too steep and refused permission for an outside drinking area to prevent inconvenience to pedestrians. 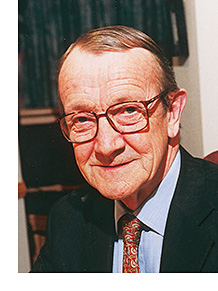 If stairs comply with building regulations, why should a board be entitled to conclude that they are nevertheless unsafe? If a pavement café has planning and roads department approvals, allowing the sale of non-alcoholic beverages, why should the sale of alcohol cause congestion?
But, according to the consultation document, it appears that some boards are much on the back foot in the wake of Brightcrew and now pursue a very conservative approach.
For example, it seems that there may be a reluctance to take action on noise complaints, fights and disturbances because a direct link with alcohol sales is somehow lacking. In my view, that reasoning considerably overestimates the effect of the judgment – and my fear is that a change to the law will apply an excessive ‘fix’ affording boards vastly wider powers than they currently enjoy.
Beyond that concern, I have a fundamental problem with this approach to licensing reform.
It’s right and proper that the law should be kept under regular review. But this consultation appears to have been precipitated by certain interest groups (predominantly health), and there’s a better and more orderly mechanism.
The Scottish Government should reinstate the National Licensing Forum recommended by the Nicholson Committee so that a broad range of stakeholders could meet periodically and provide advice to ministers as to ways of dealing with emerging problems or difficulties.