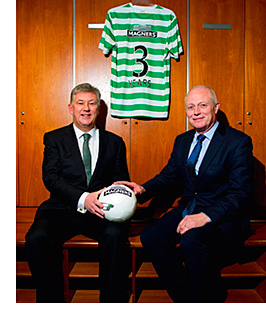 MAGNERS has been unveiled as the new sponsor of Celtic.

The three-year deal, which kicks off at the start of the 2013/2014 season, will see the Irish cider replace sister brand Tennent’s as shirt sponsor of the Glasgow club.
Magners MD Tom McCusker said the team is currently working with Celtic on a range of activities to support the partnership.
“Everyone at Magners is looking forward to working with Celtic and its fans over the coming years in what promises to be an exciting time for the club and our brand,” he said.
Brand owner C&C Group declined to comment on whether it intends to renew its Tennent’s deal with Third Division Rangers.
“Tennent’s are currently shirt sponsor of Rangers,” a spokesman said.
“We are bound by confidentiality agreements and have a long-standing policy not to comment on our commercial agreements while negotiations are ongoing.”
The Old Firm clubs have shared a shirt sponsor since 1999, and were also both sponsored by CR Smith in the 1980s. 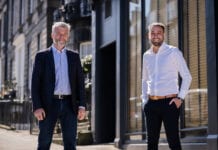 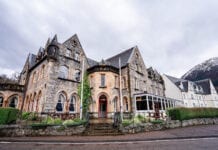 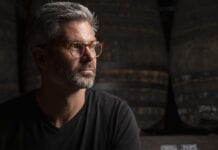