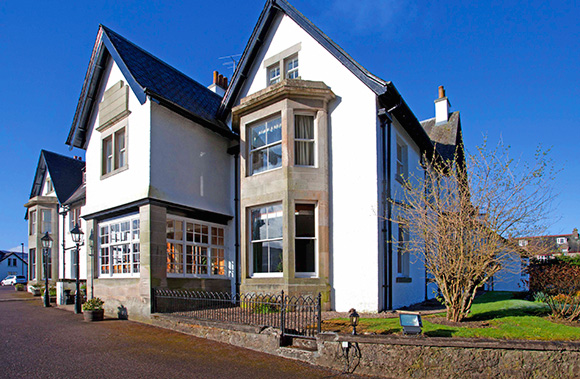 FORT Augustus hotel The Lovat ramped up its commitment to sustainable tourism earlier this month as part of its latest refurbishment project.

The two-week revamp saw a new 200kw wood chip boiler installed to replace the previous smaller model. A larger buffer tank and more efficient pipework were also put in place, which the hotel’s managing partner Caroline Gregory said should mean the boiler runs more efficiently and guests receive hot water in their rooms more quickly than before.
The new boiler was part of a £150,000 project, funded by the hotel and a bank loan, which saw the 28-bedroom hotel’s public areas revamped.
Speaking to SLTN last week, Caroline said the wood chip boiler represents a “huge capital outlay”. However, she said the hotel aims to generate around £20,000 a year through the Renewable Heat Incentive (RHI) – a payment system for the generation of heat from renewable energy sources.
“We have a good relationship with the bank,” Caroline told SLTN.
“We put together a business plan, showing the RHI initiatives, which gives the bank added security. And we had some money saved because we planned to do the public areas last year but ended up putting it off until now.”
As well as new carpets, the public areas, including the brasserie and restaurant, have been redecorated with new wallpaper.
The reception layout was altered to create a separate office and the high reception desk, which was fitted into the wall, was replaced with a “more welcoming” design.

Refurbishment has to be ongoing when you’re at this level and have a lot of repeat custom.

Caroline said having a rolling programme of refurbishment in place is key to growing the business.
“It has to be ongoing when you’re at this level and have a lot of repeat custom,” she said.
“Our original refurbishment in 2007 was done to a really high standard, we didn’t scrimp and save, so all we have to do is top that up. You have to maintain certain standard and give people a fresh look to regenerate their interest in what you’re doing.
“This investment will ensure we are refreshed and ready for the year ahead.”

Image – The Lovat, on the southern tip of Loch Ness, is committed to sustainable tourism and green issues.

Ensure the cellar is kept in good health

Clean lines keep them coming back

The cellar is ‘the hub of the pub’