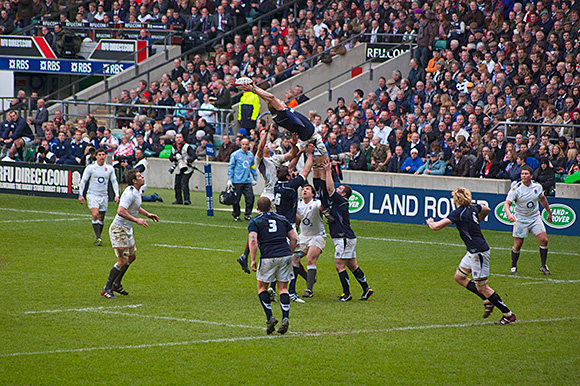 THE fortunes of Scottish rugby have rarely looked so gloomy.

A disappointing autumn test campaign ended with the departure of head coach Andy Robinson, leaving the side in the hands of interim coach Scott Johnson going into the RBS 6 Nations series.
Despite the despondency, the forthcoming sequence of matches against England, Italy, Ireland, Wales and France look set to bring a shot in the arm for sports-led pubs, offering an avenue to boost trade at an otherwise quiet time for business.
And that’s not least because rugby devotees are renowned for being among the thirstiest sports fans around, according to the brewer behind Carling lager.
A survey carried out last year by Sky and Molson Coors found that rugby followers consume three drinks on average per visit, with 70% asking for a pint of lager or ale.

One of the best parts of the 6 Nations is the camaraderie and coming together of both sets of supporters.

On that basis, the brewer suggests that operators should ensure they have enough of the familiar favourites in stock, as well as some more unusual ales and craft beers.
The survey also found male rugby fans were most likely to take their other halves to the pub to share the action, indicating that publicans shouldn’t overlook beers that could be said to have wider appeal.
At Diageo, meanwhile, the 6 Nations tournament is seen as an opportunity to run rugby-specific promotions. According to Andrew Leat, on-trade category manager at Diageo, the majority (63%) of outlets that go down this route see an uplift in sales.
This year Diageo is pushing a new Guinness ‘Made of More’ platform to run in tandem with the tournament and Leat is confident it has genuine revenue-generating potential.
“Our research has shown that a massive 88% of outlets running a rugby promotion see an uplift in Guinness draught sales, whilst 38% of outlets running the Guinness rugby promotion in 2012 saw an uplift in Guinness sales of a keg or more,” he said.
Also looking to make the most of the sporting spectacle is Greene King, owner of Belhaven Best, which has brought back its Grand Slam Ale for the forthcoming series.
As well as paying close attention to stock, Greene King is reminding outlets of the extra steps they can take to draw more sports fans through the door such as installing a variety of TV screens throughout the bar, creating imaginative ‘Scotland’ menus to boost food sales, providing table service and showing fixtures that do not involve Scotland. 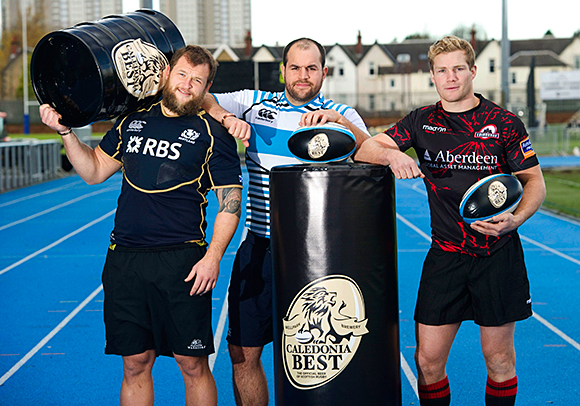 By tapping into the atmosphere of one of the biggest sporting events on the calendar, pubs can make the most of what is traditionally a busy and exciting time for the trade, according to Tennent Caledonian Breweries.
Marketing director Paul Condron has no doubt about the value of investing in the Scotland team, no matter how slim their chances of success, as its new sponsorship of Scotland Rugby through Caledonia Best shows.
“For us, it is a vitally important period as the official beer of Scottish Rugby,” he said.
“Caledonia Best is an ale which has Scotland at its heart and we’re delighted to be investing in one of Scotland’s key passions and helping enhance the fans’ match-day experience.
“One of the best parts of the 6 Nations is the camaraderie and coming together of both sets of supporters to enjoy the good-natured banter and it’s great for us to be able to contribute to the fantastic atmosphere around these matches.”

Images – Scotland in action against England (top), will be desperately hoping to improve on their 6 Nations showing of last year, when they slumped to an ignominious whitewash. Above, Caledonia Best was confirmed as the new sponsor of Scotland Rugby late last year. Brewer TCB is looking forward to maximising the link with the 6 Nations series.

Turn a fly half into an all day affair

Who’ll be the master in Augusta?

Getting in shape for the season