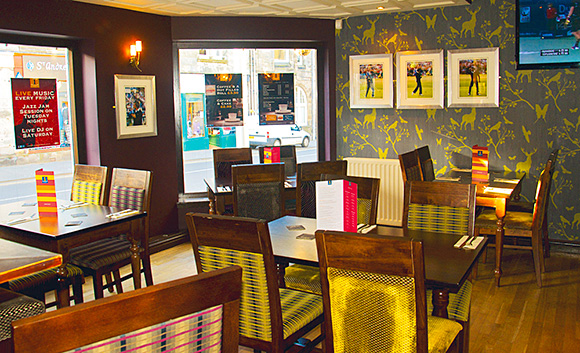 A FAST-growing independent operator in the east of Scotland has been recognised at national level for promoting employment opportunities for people facing difficult circumstances.

Fife-based Flood Inns, which operates pubs and hotels in towns like Leven, Glenrothes and St Andrews, was named Scottish Employer of the Year at the Scottish Diversity Awards shortly before Christmas.
It came after the firm, so-called after the Pictish name for Leven, won a similar award for Fife, and recognises the steps it takes to employ staff from a diverse range of backgrounds.
Managing director Lee Murray told SLTN that the awards had come as something of a surprise.
“We were put up for the award by the local council and to be honest we didn’t expect it,” he said.
“We’ve worked along with the council on various things for quite a number of years but never thought anything of it – it’s not something we’ve done to get anything out of it.”
Murray explained the firm has take on several people over the years who faced challenging circumstances; some had mental health problems while others had been long-term unemployed. Most have had some experience in the trade and as such their names were passed by the local council to Murray, who said he was “happy to give them the chance”.
“It wasn’t until we won the award that we realised we had done quote a lot of work [like this],” he said.
“But it was never deliberate – they were nice people and we were happy to give them the job when the opportunity came along.
“The council gave us a bit of support [at the start] and once they found their feet we gave them a job.”
Going forward, Murray said the group will continue to promote diversity in its workforce, and said the profile afforded by the awards has encouraged him to market the outlets more assertively; this year he may enter more awards schemes.
Murray has been in the trade since 1999, when he took over McPhails in Leven.
But it’s only been in the last two years that Flood Inns has grown as a group in light of opportunities he said had been thrown up by the recession; at present it owns four venues and leases five in the Fife area. Two are leased from Belhaven, one from the Iona Pub Partnership and the other two are leased from private landlords.
In Leven itself it owns three bars, a restaurant on the edge of the town and also a hotel/nightclub it aims to invest in refurbishing this year.
With bank lending hard to come by for trade operators, Murray said the company has funded the development of its portfolio from its own cash flow.
“We’re very much a Leven-based business – we have five units in the town,” he said.
“Leven is quite a vibrant wee town to be honest, although it doesn’t have a great reputation. Diageo’s got a huge plant in the town so we’ve got a wee bit of a bubble here. They added another 400 jobs with a new packaging plant [recently] – it’s massive.
“We’ve kind of created a circuit here that existed in years gone by.
“We’ve got a place in Edinburgh and St Andrews – that’s [the scope of] our area.”