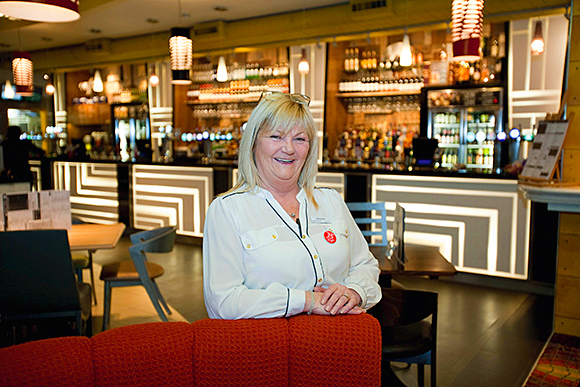 PUB giant JD Wetherspoon has opened its latest pub north of the border in Rutherglen.

An Ruadh Ghleann, inspired by the Gaelic name for the Royal Burgh, which means the red glen, opened on the town’s Main Street last month.
The pub firm spent a claimed £1.5 million refurbishing the premises, which was previously occupied by a furniture and DIY store.
The interior incorporates a ceiling feature evoking the river Clyde running through the city of Glasgow, as well as commissioned artwork, including Cotton Mill by Flo Fozard, Rutherglen Time Line by David Webster and an abstract cog sculpture by Martin Lister. Photos and information boards relating to the area and its history are displayed throughout.
An Ruadh Ghleann, which also has a beer garden with smoking area, will serve food until 10pm every day and specialise in cask ales, including beers from local and regional brewers.
Speaking before the launch last month, manager Anne Fallon, who was previously at The Wishaw Malt in Wishaw, said: “Myself and my team are looking forward to welcoming customers into the pub and we are confident that it will be a great addition to Rutherglen’s community.”