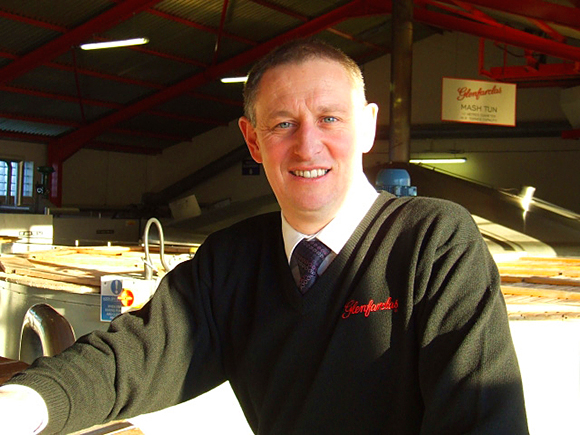 A NEW production manager has been appointed at Speyside’s Glenfarclas Distillery.

Callum Fraser has more than 20 years of experience in the industry, having joined Deanston in 1990, where he became distillery manager in 2006.
“I first tasted Glenfarclas at a whisky festival in Ayr a few years ago, and since then I have followed it with interest,” said Fraser, who will host a tour of Glenfarclas during 2013 Spirit of Speyside Whisky Festival in May.
“I am thrilled to be moving to Speyside, the home of malt whisky, to work for an independent family owned distillery with such a long history.”
J&G Grant chairman John Grant said 2012 had been a “record production year” for Glenfarclas, and the company plans to up production even further this year. “He [Fraser] joins us at a particularly busy and exciting time,” added Grant.