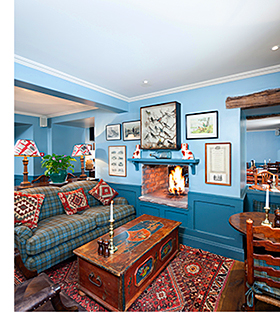 A HOTEL on the shores of Loch Lomond made its screen debut last month when footage of one of its fireplaces featured on ITV.

The Loch Lomond Arms Hotel in Luss, which recently underwent a £3 million refurbishment, has been appearing between programmes during the channel’s winter schedule.
Hotel general manager Alastair Borland said it’s a “lovely compliment”.
“We were thrilled when ITV called to ask if they could feature one of the hotel’s open fireplaces in its winter programming,” he said.