Role played by small retailers must be recognised, Cunning insists

CENTRAL government and licensing boards should support independent off-trade retailers to help them trade responsibly – and not condemn them as the chief source of alcohol-related crime in local communities.

The call for minsters and licensing officials to forge closer working relationships with the trade – on and off – came from Glasgow board convener Malcolm Cunning in a speech to a major licensing conference before Christmas. 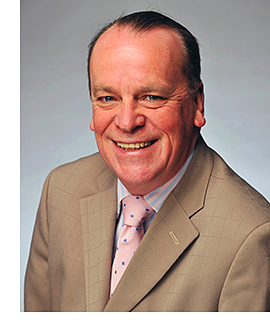 Cunning, who returned to the board after a five-year absence following the local elections in May, addressed the rising trend of home alcohol consumption and its impact at the Scottish Licensing Law & Practice Big Briefing in Glasgow.
Instead of laying the blame for youth drinking and associated crime at the door of independent off-sales retailers, he said the positive role many family retailers play in communities around Scotland should be recognised.
“Off-sales are often in the heart of communities – even in cities there are the equivalents of village shops,” he told delegates.
“These are often small, family-run businesses and the sale of alcohol is crucial to their viability – that happens in cities and in rural areas.
“[But] we often hear that they are totally irresponsible, that they sell alcohol to people they shouldn’t and contribute to Scotland’s problem with alcohol. We kick them and condemn them instead of working with them.
“The government has to work with the licensed trade, rather them condemn it: the aim of the government seems to be that ‘something must be done’ [to deal with alcohol problems], rather than ‘what can we do to work with the trade?’”
Cunning highlighted a new scheme in the Govanhill area of Glasgow (reported in the last issue of SLTN) as an example of how the trade, police, licensing officials and other community stakeholders can work together.
The scheme, which will run until next September, aims to stop people buying alcohol for underage children; information and support will be provided to off-sales staff, as well as posters warning of the penalties for those who buy alcohol for someone under 18.
Cunning said there are some off-sales businesses in the area that can’t count on the back up that symbol store groups offer and that it was important to equip them with knowledge to trade responsibly.
That includes ensuring they don’t breach their operating plan by extending their alcohol display areas, for example in the period before Christmas, as well as taking steps to prevent underage sales.
Meanwhile Cunning, who shared the conference stage with his Edinburgh counterpart Eric Milligan, said that while there were traditionally many differences between Scotland’s two biggest cities, there was similarity in terms of how they now approach licensing issues.
“There’s a commonality of purpose between myself and the chair in Edinburgh,” he said.
“We want to co-operate and work with the licensed trade, and to recognise that the licensed trade has a huge contribution to make to the vibrancy of any city.”

Image – Cllr Cunning said government should work with the trade “rather than condemn it”.