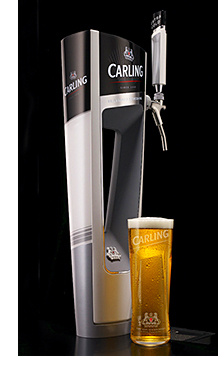 MOLSON Coors is rolling out a new font for Carling which it reckons could generate an extra £1100 in Carling sales for an outlet each year.

Described as “modern and attractive”, the font is designed to enhance the lager’s prominence on the bar and provide the “very best pour”.
Alisdair Hamilton, on-trade director at Molson Coors Scotland, said the font complements new Carling glassware, which was launched last year. “We are championing lager and invigorating the beer category, having invested in both new fonts and glassware this year,” he said.

Image – The font is being rolled out to pubs.