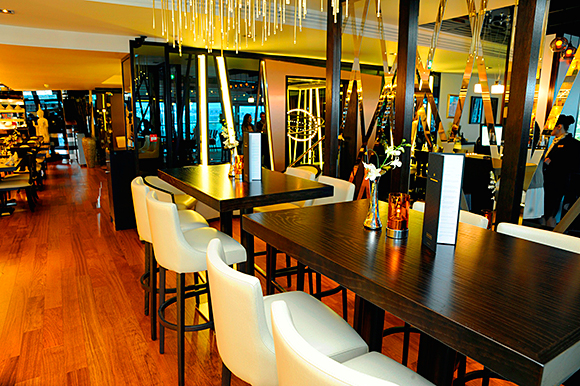 CHAOPHRAYA, the Thai restaurant group, has opened a second Scottish venue a few short months after the launch of its Glasgow venture.

The group’s new Edinburgh restaurant – in the premises formerly inhabited by chef Tony Singh’s Oloroso – opened its doors last month after a refit claimed to be worth £1.2 million.
David Bassett, formerly of Edinburgh restaurant Angels with Bagpipes, is at the helm as manager, with Thai chef Yiam Dok Pudsha – who has previously worked at the company’s Manchester venue – in charge in the kitchen.
The 3500 square-foot venue can cater for up to 200 covers across its restaurant, Palm Sugar bar and outdoor terrace, including parties of up to 16 in a newly-created private dining room.
“I think our private dining room must be one of the best in the country,” said Ian Leigh, operations director at the company.
“You sit there with views right across to the castle.”
Leigh said that finding the right properties has been crucial for the company’s expansion.
“We want businesses to feel that we are a partner,” he said.
“We want private diners to feel that it’s a little bit different, and in keeping with that we want to find sites that have something [special] about them. In the two Scottish sites I think we’ve found that.”
Although each of the sites is dressed in authentic Thai decor, every restaurant in the group is also tailored to its individual city, said Leigh.
He described the new Edinburgh restaurant as “more discrete” than its Glasgow counterpart, with a look and feel more closely aligned to nearby George Street. Leigh said the design of the outlet is “sophisticated, not over the top”.
In keeping with the other restaurants in the Chaophraya estate (the company also has outlets in Liverpool, Leeds, Manchester and Birmingham), the menu contains a mix of standard dishes that will be found across the group and restaurant-specific recipes created by each outlet’s chef.
In Edinburgh, the menu includes dishes such as Panang beef curry with lime leaves and coconut milk; chilli and basil pork with green beans, garlic, onion and hot basil leaves; and chicken pad Thai noodles with egg, beansprouts, carrots and spring onions.
In addition to corporate events, parties and special occasions, the restaurant will also cater to daytime and early-evening trade with lunch and pre-theatre menus respectively.
And according to Leigh the Scottish expansion won’t stop with Edinburgh – he confirmed that Aberdeen “is certainly on the radar” for Chaophraya in the near future.

Image – Chaophraya’s new Edinburgh restaurant, in the premises of the former Oloroso.