Reversal of Sainsbury’s decision indicates a fresh way of thinking 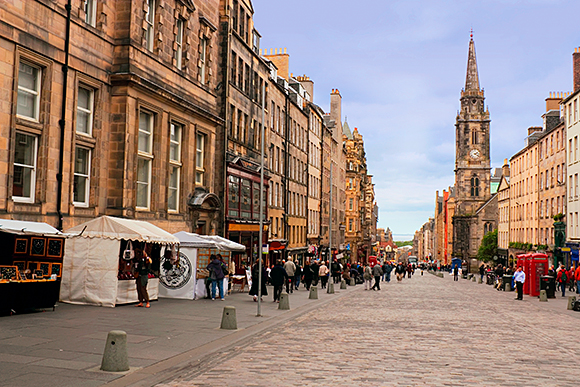 IN the past couple of years we’ve seen the health lobby in the ascendant.

In the wake of pressure to address drink-related health concerns, West Dunbartonshire licensing board came to the conclusion the area was all but saturated with licensed premises, save for hotels where alcohol was not the primary offer and premises operating as bona fide restaurants without any element of public house use.
It then decided that there was an overprovision of premises in all but three of 18 zones, saw a sharp fall in bids for new licences, and rejected a number of applications, including bids by Lidl and Marks & Spencer for larger alcohol display areas in their stores. The board’s policy has yet to see a court challenge.
When I made submissions to another licensing board earlier this year in support of just two square metres of additional alcohol shelving in a client’s supermarket, the convener nevertheless managed to link that proposal with the risk of resultant alcohol abuse.
The increase was designed to accommodate a few more wine products. But the convener’s logic was simple: larger displays, no matter how modest, somehow drive down prices, which in turn fuels increased alcohol purchasing and consumption, finally leading to health damage.
In January the Edinburgh licensing board took to heart an alcohol abuse report produced by Lothian and Borders Health Board, amending its licensing policy in a fashion that looked set to place a stinger in the path of new off-sales developments in the capital. The licensing board’s revised policy statement indicated that “unless there were strong counter indications”, off-sales applications – either for new licences or enlarged alcohol displays – were likely to be inconsistent with one or more of the licensing objectives.

It proceeded to turn down an application by Sainsbury’s for a new Local convenience store which is part of the redevelopment of the Cowgate fire site. One board member remarked that he and his colleagues had been “too lenient” in recent years, while another supported the “hard” evidence produced by the health board.
But at my law journal’s licensing conference a couple of weeks ago, councillor Eric Milligan, the board’s convener, gave every indication that the “new” board (formed after the council elections in May) does not consider itself shackled to that approach.
In fact, the board has reversed its predecessor’s refusal of the Sainsbury’s Cowgate application, while Tesco and Sainsbury’s each won two licences at a board meeting last month – despite opposition from the local health board. As you’d expect, the local public health specialist, Jim Sherval, described these decisions as a “major blow”.
Now the use of research calling for a halt to new licences has taken a different direction.
Back in July a Sunday newspaper reported that a study undertaken by Glasgow University academics established a correlation between crime rates and the number of alcohol outlets in a neighbourhood. There was also a suggestion the current legislation is “weak” because the refusal of an application on “overprovision” grounds could be overturned on appeal.
In my view, that’s not a failing – it’s a safeguard. The report, which had yet to be published, was embraced by a senior police officer who said the findings provided the “scientific backing” to the link between alcohol availability and law-breaking in deprived areas.
I have no difficulty in accepting that crime rates are likely to be higher in areas facing socio-economic challenges – surely a glimpse of the obvious. It’s no doubt true that, as the report authors say, there are a parcel of factors apt to drive crime in a community, including the number of lone-parent families and income deprivation. But I’d expect the use of academic research as robust “evidence” or “science” to justify the rejection of a particular licence application in a specific neighbourhood to come unstuck.
Nevertheless, this is a significant development I’ll be monitoring with interest.
• The report is now available for download at www.gowellonline.com.