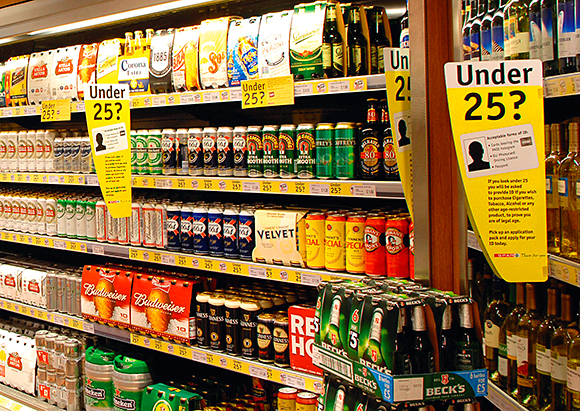 THE Scottish on-trade is at loggerheads with Trading Standards over ‘integrity testing’ – a procedure designed to establish how effectively businesses comply with the law around age-restricted products.

The testing, carried out by police and trading standards officers, sees 18 year olds attempt to purchase products like alcohol and tobacco to test the procedures retailers have in place.
Unlike test purchasing the protocols are not as onerous – volunteers are easier to recruit because they are 18, and fewer officers are required to act as “buddies” as would be the case for 16 and 17 year olds.
Businesses who fail an integrity test are then likely to face a formal test purchase visit.
So far the system has largely been used to help combat under-age sales in the off-trade but at least one local authority hopes to introduce it to the on-trade next year.
But while Trading Standards says it’s conceived to support businesses, the SLTA said it had no legal basis. Chief executive Paul Waterson said it was unfair a business could have an integrity failure on its licensing record when it is not an offence to sell alcohol to someone who is 18.
And he rejected the idea of the on-trade being integrity tested when figures suggest “there’s not a problem” with underage sales in pubs.
According to official data seen by SLTN, there were only two failures out of a total of 18 ‘intelligence-led’ test purchase visits carried out in the on-trade last year compared to 96 failures from 610 visits in the off-trade.
“It’s one of those situations where the trade is suffering through no fault of its own,” Waterson said. “You will not have committed an offence [if you don’t ask if someone is under 25], but it will go on your record as a fail, and once you fail an integrity test you will face a test purchase.
“There’s a big difference between asking someone in a public house if they are under 25 and selling alcohol to someone who is under 18.”
Lawyer Jack Cummins echoed Waterson’s concerns, stating that “the sale of alcohol to an 18 year old ‘integrity tester’ obviously doesn’t break the law, nor does it mean that the premises concerned doesn’t have an ‘age-verification’ policy”.
“If there’s no policy, that’s an offence and it should be easy enough to detect,” he said. “The last thing the trade needs is a form of ‘testing’ which the law doesn’t recognise, is not connected to an offence and has no formal protocols.”
But East Renfrewshire licensing standards officer Dominic McMahon defended integrity testing as a “service” to the trade, saying it helps retailers establish Challenge 25 policies and ensures staff comply with the law. And any business that fails a test is given support to bring them up to standard, he told SLTN.

Image – So far integrity tests have been confined to the off-trade but may start in pubs next year.