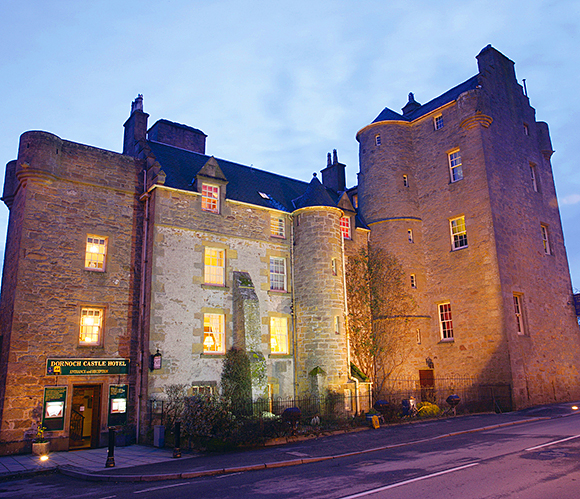 Located in the heart of the Highland town, Dornoch Castle Hotel occupies a 15th century building, which was originally part of the Bishop of Sutherland’s palace, directly opposite the 12th century Dornoch Cathedral.
The hotel has 24 en suite letting rooms, as well as lounge, dining and function areas. Close to the Dalmore, Glenmorangie and Balblair distilleries, the business stages regular whisky tasting tours and events; it is also said to attract trade from golfers in the area to play Royal Dornoch.
“After the successful sale of The Royal Dornoch Golf Hotel, Dornoch Castle Hotel, with its sterling reputation, is attracting a worldwide audience,” said a spokeswoman for Knight Frank. “The asking price of £2.5 million for this magnificent hotel has already enticed various parties.
“With foreign investment already taking place in several locations in Dornoch, we expect to receive interests from around the globe.”