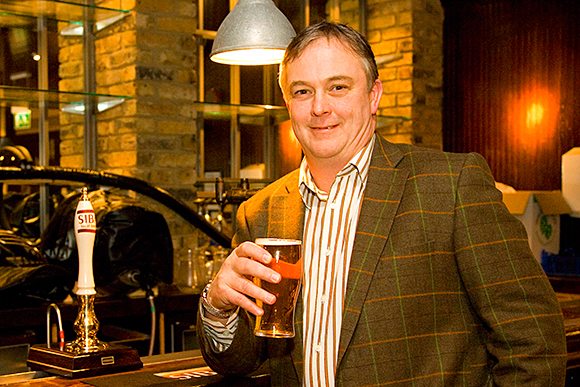 MORE than a thousand publicans, brewers and beer drinkers were due to descend on Westminster yesterday in the latest stage of the campaign to scrap the beer duty escalator.

Yesterday’s demonstration, organised by the Campaign for Real Ale (CAMRA), came after a Parliamentary debate was held on the escalator last month.
Around 58 MPs backed calls to review the escalator before the 2013 Budget. And although characterising the response from Treasury minister Sajid Javid as “lukewarm”, CAMRA national chairman Colin Valentine said the debate was a “massive step forward for the industry and sends a clear message to Westminster that enough is enough”.
“At a time when Britain’s pub closure rate is back on the rise, any review must take into account the 5800-plus pubs which have closed since the government’s punitive escalator system was introduced in 2008,” he said.
“It must also be reinforced that further planned increases will bring in no additional revenue for the next three years, and will only serve the purpose of harming many communities across Britain when their local pub is no longer able to run a viable business.”
Last month’s debate took place after an online Save Your Pint petition reached 100,000 signatures.
The Save Your Pint campaign was launched by the firm behind Hobgoblin beer and backed by organisations including CAMRA and the British Beer and Pub Association.
The Society of Independent Brewers (SIBA) has also been involved in the campaign. In addition to attending yesterday’s event, the organisation had also pledged to supply beer to attendees.
In a recent editorial in the SIBA newsletter the organisation’s chairman, Keith Bott, said he believed the industry’s message was finally getting through to government.
He wrote: “Hopefully the Treasury will recognise that their continued interference in the marketplace, in the form of blanket percentage increases on a flawed duty system, is driving people away from bar stools to sofas, and away from an indigenously produced low-strength drink at the very heart of our nation’s culture and community to the higher-strength hooch of continental vine, apple concentrate or international distillery.”

Image – Keith Bott: evidence shows that the government is starting to listen on the beer duty escalator.