IN a leisure sector which has not had its troubles to seek over the past few recessionary years, it is encouraging to see some significant players voting with their wallets on the prospect of better times ahead.

The ambitious Randev brothers, who started out with one pub in Dunbartonshire, have created a mini-empire of prestigious outlets, using the age-old recipe of hard work, imagination and audacity.
The latest bold move by Rahul and Pravesh was to buy the freehold of the historic Cross Keys pub in the Glasgow suburb of Milngavie and the former Café Mao, one of the founding establishments of Glasgow’s Merchant City. 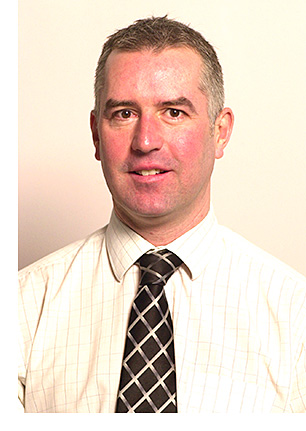 At a combined price in excess of £1.3 million, substantially funded from their own resources but also backed by the banks, these purchases can be seen as affirmation that there will always be room for manoeuvre, even in beleaguered markets, with the right opportunity and the right buyer.
There is no doubt that a lot of the recent activity in the hospitality side of the commercial property sector has been on the back of opportunistic purchases of distressed assets by cash-rich buyers.
But in the case of the Cross Keys, for instance, interest was such that there were several eventual bidders at closing, with the contest reportedly going down to the wire between the Randev brothers and a prominent multiple operator. This has to be encouraging.

The proposals could put pub companies under even more stress.

It illustrates that consumer demand for a quality product in affluent suburbs such as Milngavie, Bearsden and Bishopbriggs – where the Randev team owns the long-established Eagle Lodge – is remarkably healthy and could most likely support more of the same.
These areas are largely commuter suburbs, where people travel into Glasgow city centre daily and tend to patronise the west end and Byres Road in their leisure time.
There is undoubtedly a sizeable hinterland of people who would be happy to spend disposable income locally rather than traipsing back into town on evenings and weekends.
But as has been the case for some four years now, whenever the skies in commercial property start to clear, another storm cloud appears on the horizon.
It comes in the shape of Fresh Start, a new set of proposals by the Scottish Government to bring empty high street properties back into use.
A key proposal is to support start-ups by reducing the rates payable by businesses moving into buildings that have been empty for at least a year from 50% to 10%.
Backers of the move suggest that it will encourage property owners to re-open buildings for commercial use and, ultimately, re-invigorate our high streets.
This is a laudable aim, but it could fall victim to the law of unintended consequences.
That’s because ministers are also proposing to cut the discount on rates property owners receive on empty properties from 50% to 10% – a move dubbed by the CBI as a “tax on distress”.
Property owners, faced with an 80% increase in one of their most significant fixed costs, are likely to do one of three things: they will redouble efforts to let the property; they will try to sell it; or, in extreme cases, they might make it uninhabitable for business purposes.
In the first scenario, they will have to change the rental conditions to get it away. That might mean an extended rent-free period or a straightforward reduction in rent. Either strategy sends the rental value and, in consequence, the capital value down once again – just what the sector doesn’t need.

It illustrates the demand for quality product in wealthy suburbs.

Similarly, if the new legislation provokes a surge in owners deciding to offload empty properties, it will create a whole new glut on the market – again undesirable.
The third scenario is not as unlikely as it might seem.
The initial catalyst for transitional relief and empty building relief came from a situation in which owners were taking staircases out of buildings and removing roof panels, to make them unusable, and therefore unrateable. That is something not only the sector, but society as a whole, would not want to see again.
The proposals have the potential to force some major pub companies – already struggling under the piles of debt built up in the easy years – into even more severe financial stress.
And it should not be forgotten that some of the biggest owners of empty buildings in Scotland are local authorities.
Can it really be the intention to burden them with millions of pounds of extra costs when they already cutting their budgets to the bone to abide by the austerity agenda?.

• Alan Gordon is a partner in the Glasgow North office of DM Hall Chartered Surveyors.