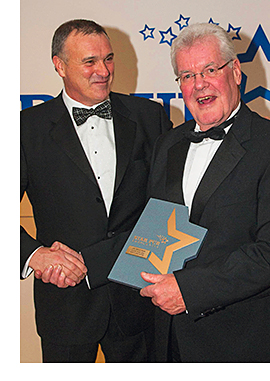 Pat Ross of the Railway Tavern in Motherwell was presented with the Long Service Award (northern region) from the pubco (formerly S&NPC) at the inaugural Star Awards earlier this month.
Paul McDonagh, of the Bon Accord in Glasgow, took the Best Distilled Spirit Award; the Best Food Award went to Lesley Currie and Mike Greig of Kings Wark in Edinburgh; and Iain and Katie McLaren of The Kimberley Tavern in Glasgow, which was named SLTN Community Pub of the Year 2012 on November 1, took the Best Community Award.