Wholesalers fear weather will have huge bearing on trade 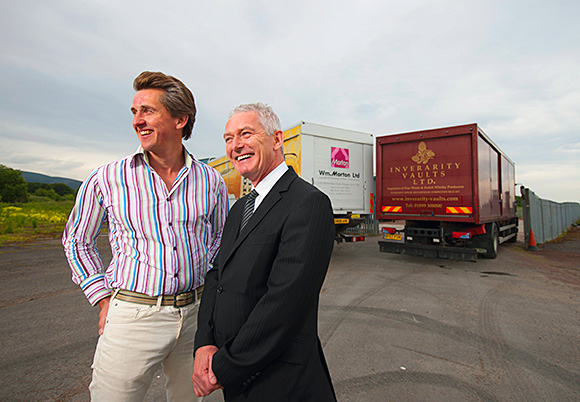 AS the Scottish on-trade gears up for its busiest season, publicans aren’t the only ones keeping their fingers crossed for a busy Christmas.

Wholesalers are also hoping for a lively festive season, with December still as crucial as ever to Scotland’s drinks supply sector.
And according to one wine merchant it’s the operators who plan early that will benefit most.
“Christmas is as important as ever, and getting later than ever from a business point of view,” said Ian Cumming, commercial director at Forth Wines. “The people who plan ahead and get the bookings confirmed early will be the ones who win – weather permitting.”
Arran Heal, founder of online wholesaler Ooberstock, also emphasised the importance of planning early, but advised businesses not to get locked into big volume deals with wholesalers too soon.
“Our advice to retailers is that you don’t need to make those commitments yet,” he said.
“Christmas is getting later and later throughout the supply chain.
“Although business starts to pick up in December as office parties and the like start, it really is the last week to two weeks [that it gets really busy].
“If you can remain flexible and not tied into commitments it’s going to have a benefit at an uncertain time.”
Obviously the weather can have a huge influence on trade.
With memories of the big freeze of December 2010 still fresh in the memory, forecasts of falling temperatures will be a concern for publicans and wholesalers alike.
“If there’s a bad Christmas, as we had two years ago thanks to the snowfall, there’s a hangover in January and February,” said Stephen Russell, managing director of Inverarity Morton.
“January is the poorest month in the calendar year and is not helped if December is a disappointing month.”
If operators are to attract as much festive business as possible, it is crucial that they offer customers something that can’t be found in the local supermarket, according to wholesaler Continental Wine & Food.
Marketing manager Julie Ingham said this is particularly true with regard to wine.
“Most consumers are in your establishment because they want to escape the trappings of their everyday life and be treated to the quality of the experience on offer,” she said.
“They therefore do not wish to see mainstream brands on a wine list at, in their eyes, much inflated prices to the supermarket down the road.”

Image – Stephen Russell (right, pictured with Hamish Martin) is keen to avoid a repeat of 2010.