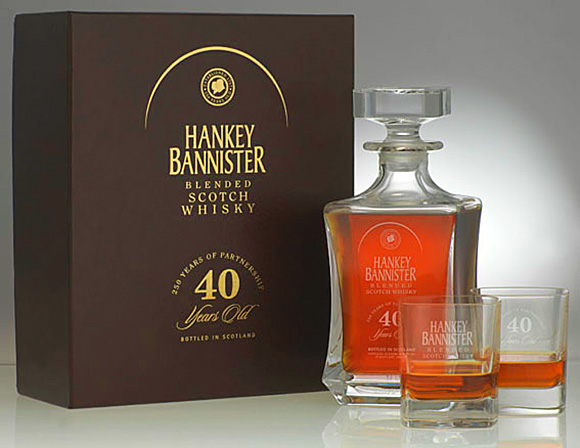 THE 40 year old expression of blended whisky Hankey Bannister has been named Supreme Champion Spirit by the International Spirits Challenge 2012.

The whisky picked up the award after winning the Blended Scotch category and emerging as the highest-scoring spirit in the competition. “Our master blender Stuart Harvey and his team have done a wonderful job with the full Hankey Bannister range and in particular this very special 40 year old expression,” said Karen Walker, marketing director of owner International Beverage. “If they were around today, I’m sure that Mr Hankey and Mr Bannister would be celebrating in style.”
Hankey Bannister 40 year old was launched in 2007. It is a blend of various Scotch whiskies, including some from ‘lost’ distilleries such as Glen Flagler and Killyloch. Only 1917 bottles were released internationally.
International Beverage also owns Old Pulteney, Balblair, anCnoc and Speyburn distilleries.